Explore the effect of copper sulfate on egg proteins!

This experiment is included into Chemistry of eggs kit along with chemical omelette and egg foam. Subscribe and get everything you need to do this experiment at home.

I added more than 15 drops of CuSO4. What should I do?

Can I use one syringe for the egg white and water?

Yes, you can use one syringe. The experiment will still work.

Should I shake the test tube?

No, this isn’t necessary. You’ll get better results by gently turning the test tube upside down and right side up 3-5 times. 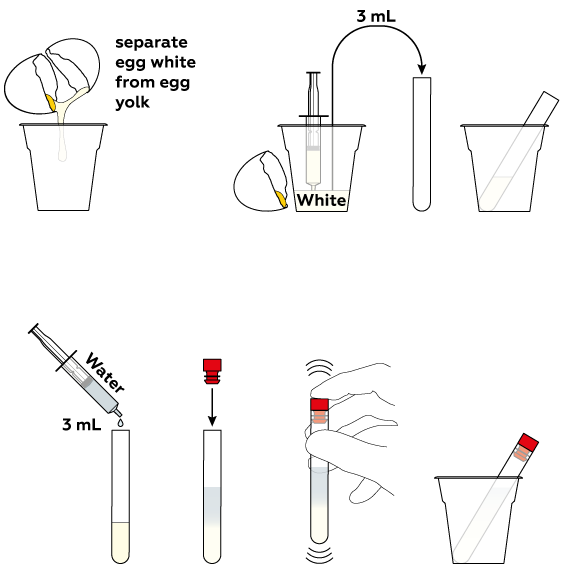 Proteins can be very sensitive to chemical and physical changes in the environment. Let's see if CuSO4 has any effect on the egg proteins.

The Cu2+ ions from CuSO4 turn the egg white into blue slime! The effect is even more dramatic when you make the medium more alkaline by adding Na2CO3. 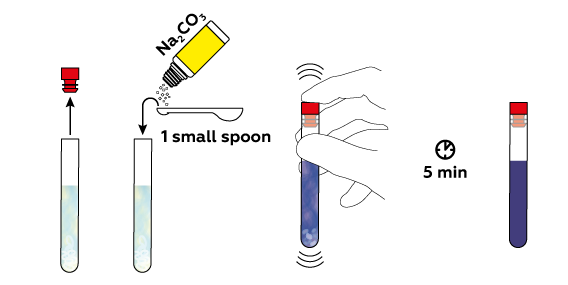 from the egg white, for instance, is about 2000 times heavier than water

! And even this is nothing compared to the largest known protein (titin, in your muscles), which is another hundred times heavier than ovalbumin.

Although such a large molecule may look intimidating, it, like all protein molecules, is just a long chain made of relatively small parts known as amino acids. There are 22 kinds of amino acids, each with special parts to bind with other amino acids

specific to each amino acid type.

. This folding is crucial for a protein to function properly. Some compounds, such as CuSO4