Synthesize sulfur dioxide and watch as it makes the indicator change colors!

This experiment is included into Sulfur and nitrogen dioxides kit along with Fox tail gas. Subscribe and get everything you need to do this experiment at home.

What color should the buds be when I apply the thymol blue?

When the thymol blue is applied, the buds should turn bright blue. Be sure to apply enough indicator to cover the petals completely.

The flowers aren’t turning red. What should I do?

First, check that the candle is still lit. Next, make sure that the flowers are positioned right above the neck of the flask. It’s important that gas flow right into the buds. Wait a little bit more.

Why do we heat the reaction mixture?

Sodium metabisulfate Na2S2O5 reacts with acids, such as citric acid, to produce sulfur dioxide SO2 gas. 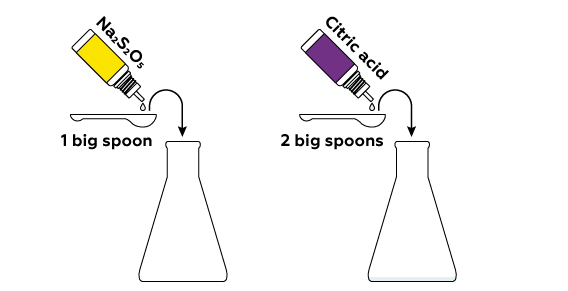 Thymol blue is an acid-base indicator. Suspend a paper flower covered with thymol blue solution over the emerging SO2 gas. 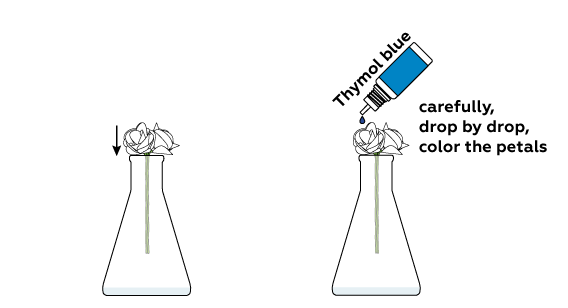 The reaction between Na2S2O5 and citric acid happens rather slowly at room temperature, barely releasing any SO2 gas. Heat the flask a little bit to speed things up. 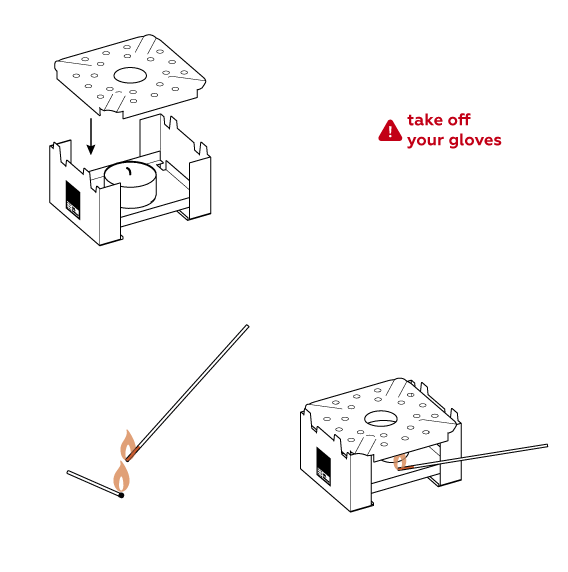 The acid-base indicator coating the flower turns red, meaning that some acid was produced when the SO2 dissolved in the indicator solution.

To stop the production of SO2 gas, add some cool water to the flask. 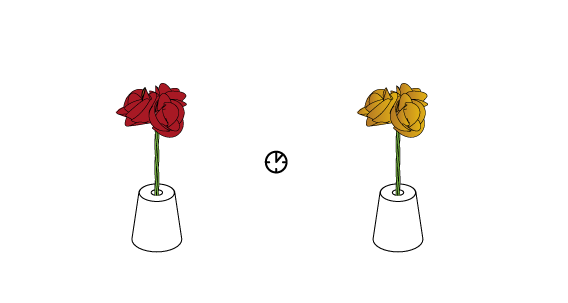 How is sulfur dioxide produced?

Why do we heat the reaction mixture?

Heating greatly increases the reaction rate. Without it, the reaction would proceed very slowly. You can check out how exactly heat speeds up the reaction here: Fox tail gas

Why do the flowers change from blue to red?

Thymol blue is a pH indicator, meaning that it changes colors depending on the number of protons in a solution. When sulfur dioxide dissolves in the solution of thymol blue, it increases the number of protons, thereby creating an acidic medium. The thymol blue reacts to this change by transitioning from blue to red. This causes the flowers to change colors as well.

Why does the gas flow stop when water is added and the candle is extinguished?

The gas flow stops for two reasons. Firstly, there is no further heat supply once we have blown out the candle and added cold water. Secondly, the addition of water makes the reaction mixture too diluted. Both of these factors contribute to stopping the gas release.

Why do the flowers turn orange after a while?

If we leave the flowers for a few minutes, sulfur dioxide will start to evaporate from the surface of the petals. The more sulfur dioxide evaporates, the fewer protons remain in the solution. In turn, the reduction in the number of protons creates a less acidic medium. This makes thymol blue change its color from blue to orange.

Sulfur dioxide is a colorless gas with a pungent, suffocating odor. It is also highly toxic – inhaling its vapors will invoke a cough, runny nose, and a sharp tickling sensation in the throat. In light of this, incorporating it in food may not seem like the best idea! However, it is widely used in the food industry as a preservative. Interestingly, it was first incorporated in food in the Middle Ages. The modern era has seen the advent of legal limits regarding the maximum content of this substance in food products. Limited quantities of this substance can be found almost everywhere, including in fruits and vegetables (canned, dried, and frozen), meat, drinks, some sweets, sausages, and products made of mushrooms and potatoes. Moreover, sulfur dioxide is considered an excellent stabilizer and antioxidant. It prevents the proliferation of bacteria in meat products and is also used to prepare fruits, both fresh and dried, for storage. Juices and other non-alcoholic beverages are almost always treated with sulfur dioxide to ward off mold and bacteria. Moreover, sulfur dioxide is quite commonly added to wine to stabilize its microflora, prevent unwanted fermentation and souring, and “fix” its color.