This experiment is included into Chemistry & electricity kit along with lemon battery. Subscribe and get everything you need to do this experiment at home. 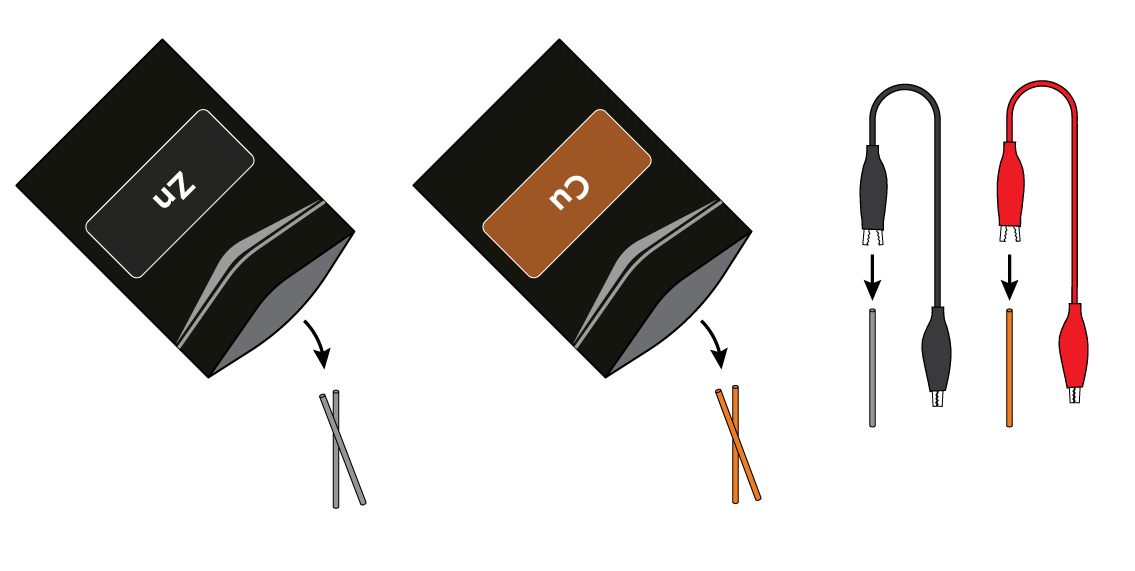 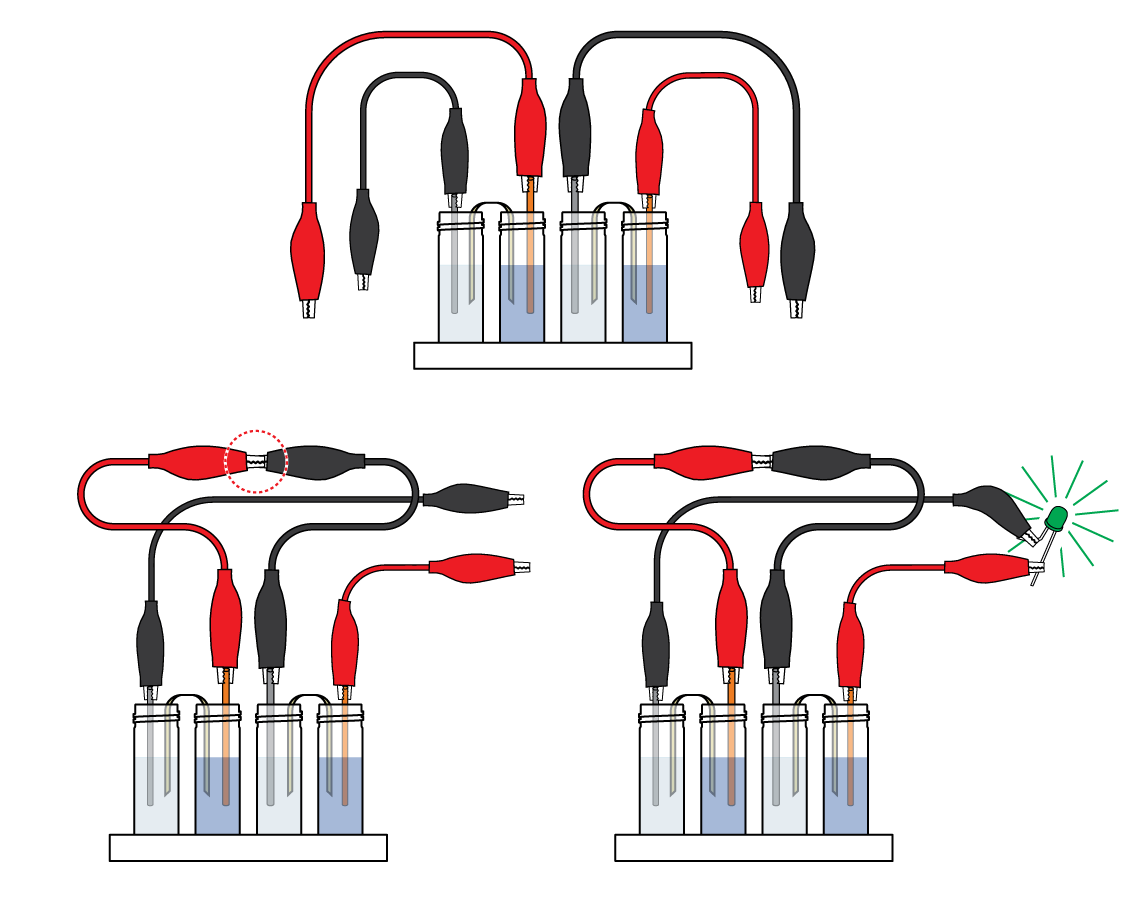 What was the first chemical source of electric current?

Italian researcher Alessandro Volta (full name Alessandro Giuseppe Antonio Anastasio Gerolamo Umberto Volta) was the first to come up with the idea to connect a copper rod and a zinc rod with a wire and then immerse them in an electrolyte solution. An electrolyte is a compound that, upon dissolving, produces positively- and negatively-charged ions, i.e. in the form of a solution, it conducts electricity.

Moreover, a measure of electric potential difference – the volt – is named after Alessandro Volta. Through his work, Volta proved that such a system made from two rods and an electrolyte indeed produces electricity. Back then, it was a real breakthrough!

Volta also demonstrated that several cells containing a zinc-copper pair can be connected. Thus, he created a “voltaic pile,” which was essentially the very first chemical source of electricity. This discovery greatly expanded the range of voltages researchers were able to work with. The pile consisted of alternated copper and zinc plates, with each pair of plates enclosing a piece of woolen tissue soaked in an electrolyte solution. In the video below, you can see what the construction of the voltaic pile looked like:

Here, an electrolyte can be a solution of a strong acid (HCl, H2SO4), alkali (KOH, NaOH), or salt (NaCl, ZnSO4). In solution, all of these compounds dissociate into charged particles (ions). They serve as charge carriers, helping charges “migrate” from zinc to copper. Simply clumping pieces of zinc and copper together would not work: transitions would only take place at the contact points between the two metals. Such a system is really no different from an ordinary piece of metal.

Interestingly, massive voltaic piles (containing over 2,100 pairs of plates in one device!) possess enough power to create an electric arch – a phenomenon caused by air ionization due to a strong current source. Molecules in the air (mostly N2 and O2) are normally neutral. However, when they bump into conductor ends connected to such a huge voltaic pile, these molecules become ionized – they accept or donate electrons. This process snowballs and creates an entire zone of ionized air – plasma, which conducts electricity.

What is a diode, and how does it work?

A diode is a tiny device that can conduct electricity (in one direction) and sometimes turn this energy into useful work. In our case, we’re dealing with a light-emitting diode (LED): it glows when conducting electrical current.

All modern diodes rely on semiconductors – special materials with poor electroconductivity, which can improve under certain circumstances (such as with the application of heat). Incidentally, what is electrical conductivity? It is a material’s ability to conduct electrical current.

Interestingly, unlike a regular conductor, any diode contains two “types” of semiconductors. Even the word “diode” (from the Greek δίς) indicates that it is comprised of two elements – namely, an anode and a cathode.

A diode’s anode is made of a semiconductor that contains so-called holes: void regions that can be filled with electrons. These holes can be pictured as empty shelves designed specifically for electrons. Moreover, these “shelves” can freely move throughout the anode to a certain degree. A diode’s cathode is also made of a semiconductor. However, this second semiconductor is different: it contains an excess of electrons that, again, can move almost freely throughout the cathode.

Notably, this construction allows electrons to pass freely through a diode in one direction but prohibits their movement in the opposite direction. As electrons move from a cathode toward an anode, the “free” electrons from the cathode meet the electron vacancies (“shelves”) in the anode. There, the electrons gladly occupy these vacancies, allowing the current to move further. You can observe this process in the video below.

Now, let’s imagine that the electrons were inclined to move in the opposite direction. They’d have to leave their cozy shelves and move into the material that has no shelves at all! This is an obvious disadvantage for the electrons, and thus the current doesn’t flow in that direction.

Therefore, any diode can work as a sort of check valve for electricity: current passes through a diode in one direction and cannot pass through in the opposite direction. This unique property makes diodes quite useful in electronics. Any computer, smartphone, laptop, or tablet has a processor containing millions of microscopic diode-like devices called transistors.

Light-emitting diodes, in turn, are utilized in lighting and indicating. The semiconductor components of a diode that produces light are carefully selected. A certain combination of semiconductors creates a system in which the electron transfer from a cathode to the vacancies in an anode is accompanied by the emission of a photon, i.e. a portion of light. Various semiconductors produce differently-colored glows. Diodes offer relative safety and high efficiency, or degree of converting electrical current into light, compared to other electrical light sources.