The dark films in this set are polarizing filters. When you cross two filters at different angles, you can observe changes in transparency. 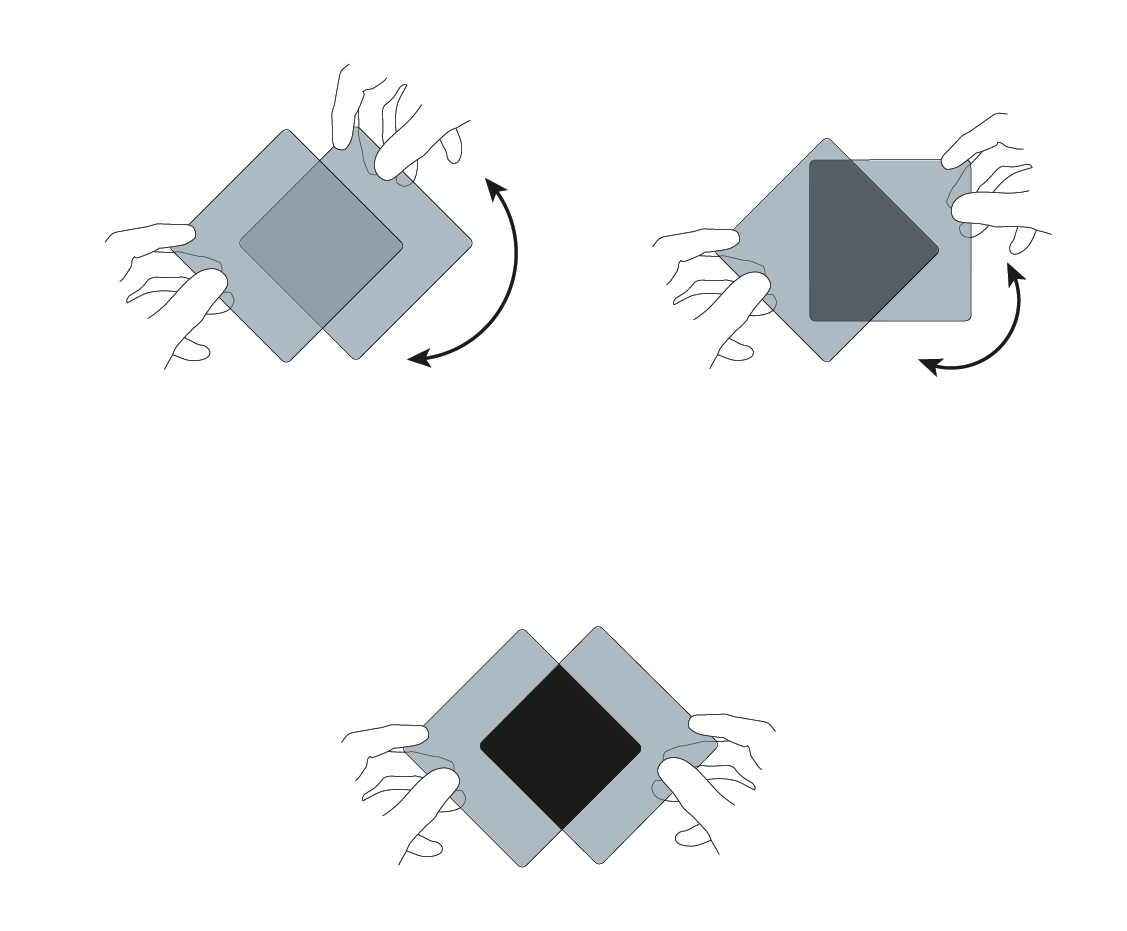 Let’s assemble a special construction to reflect the light from your cell phone’s flashlight. 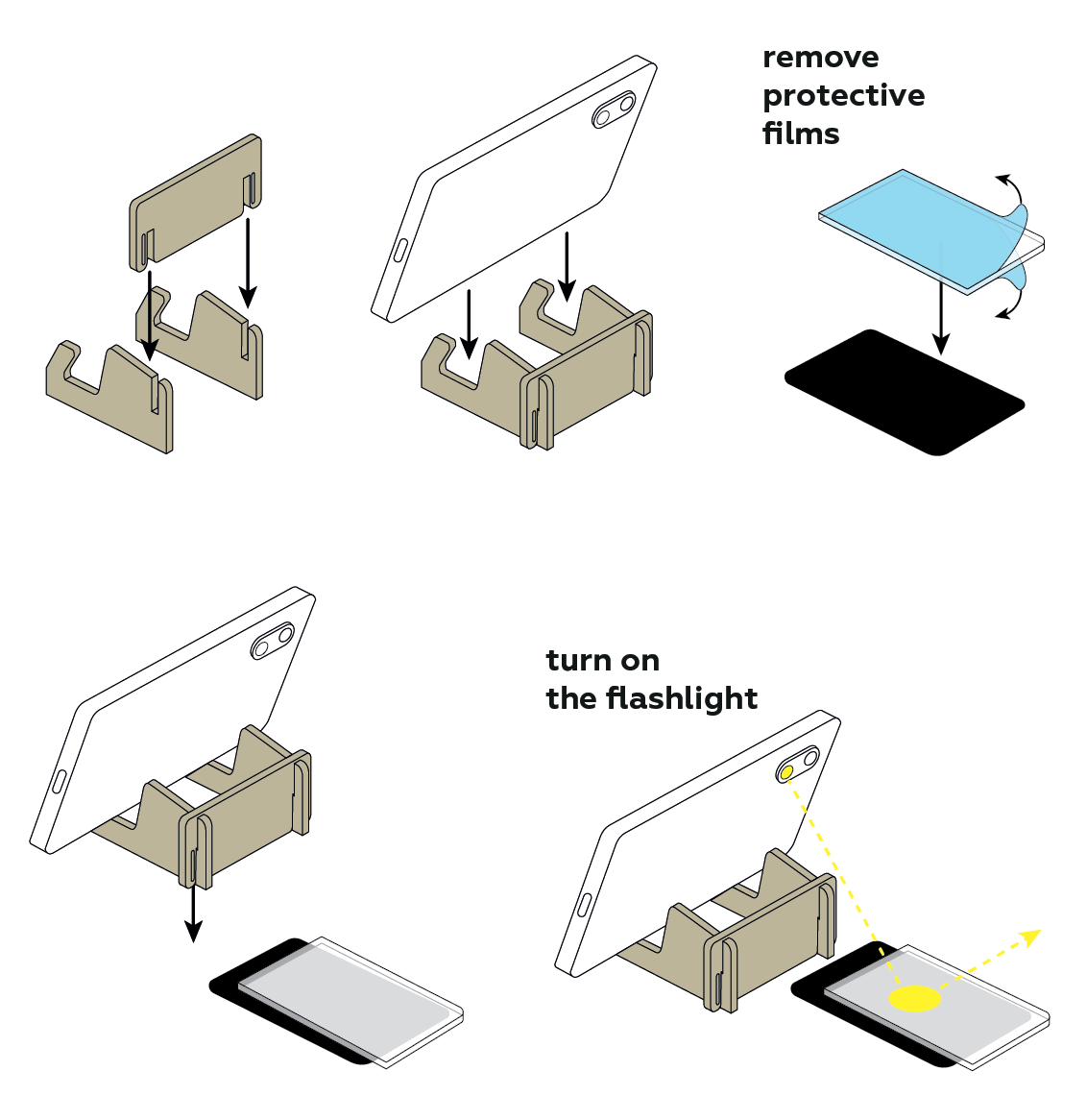 As light reflects off of a plastic object, its properties change. So rotating the filter causes changes in brightness. 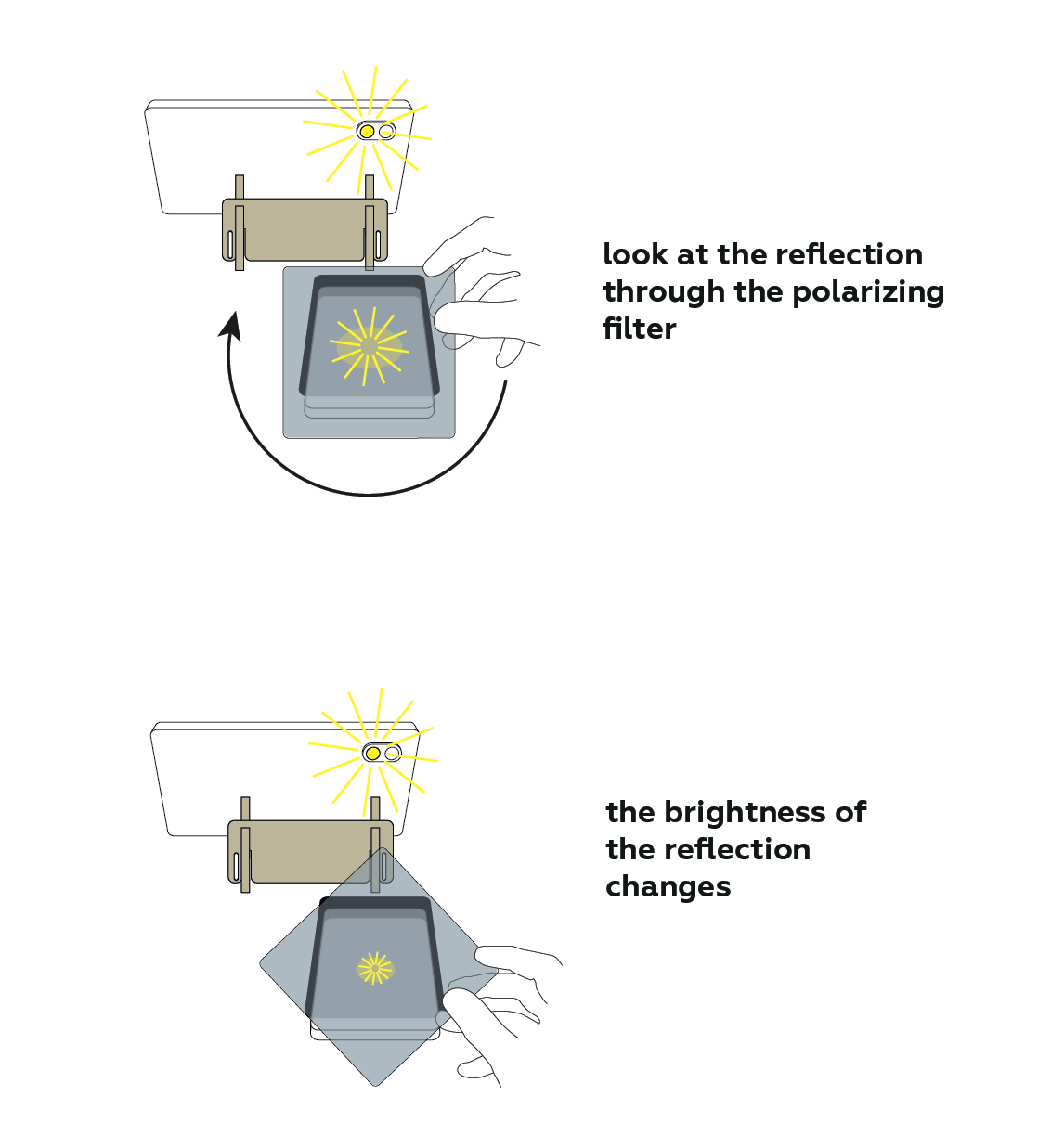 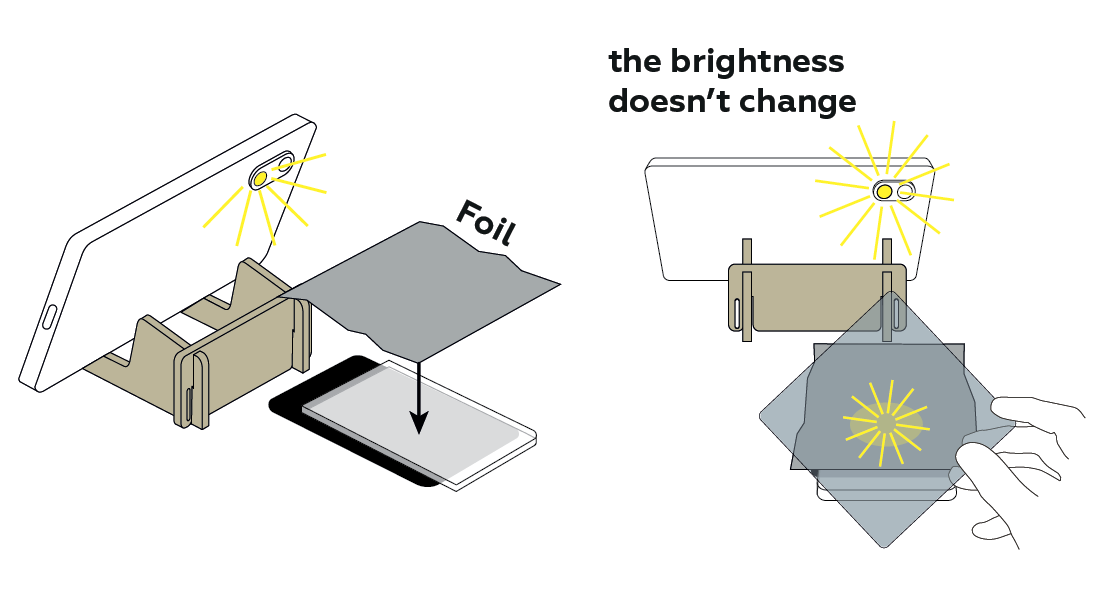 You can think of light as a stream of tiny particles called photons. A simple lightbulb produces more than a billion billions of photons per second. The more photons meet our eyes, the brighter we perceive light to be.

Each photon has its own color and an attribute called polarization. Our eyes only “register” the quantity of photons and their colors, but not their polarization, so we can’t see it directly. The photons

and lamplight are produced in a mixture of all polarizations. This kind of light is called unpolarized light.

“favors” a certain polarization and lets through only the photons

Some materials partially polarize light as they reflect it. If you look at light reflected by such materials through a polarizer, the brightness of the light will change as you rotate the filter.