When green is red

Take the green from green leaves!

How can you take the "green" out of a green leaf? First, you need to crush the leaf, because the "green" is contained deep within its structure, behind tough walls.

The "green" in plant leaves is actually a set of similar chemical compounds called "chlorophylls." To separate them from the remainders of your leaf, you can just "lure" them into a liquid. Water is often a very good liquid for similar purposes. Chlorophylls, however, don’t approve. They prefer other kinds of liquids, like oils, alcohols, or triethyl citrate.

The chlorophylls don’t migrate into triethyl citrate exceptionally fast, but you can speed them up by heating the mixture. 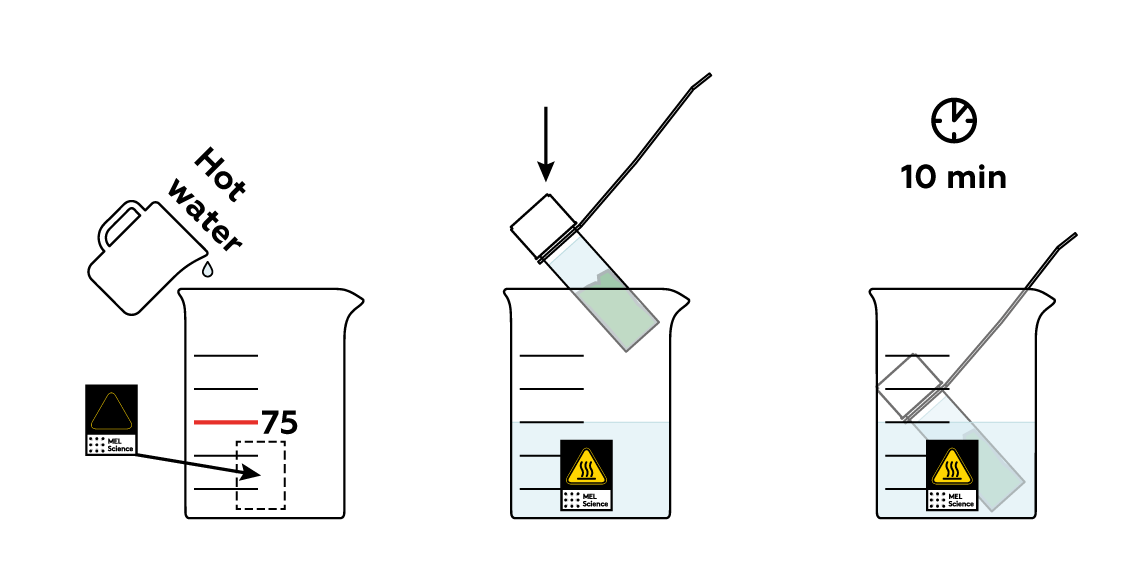 You've got most of your leaf's "green" dissolved in your triethyl citrate! Isn't this liquid pretty green? Or is it? Take your UV light and shine it at your vial. This green is sometimes actually kind of red!

Your eyes aren’t deceiving you; chlorophylls are actually green. But why did you see red? When you shine regular white light on chlorophyll, you’re actually illuminating it with all the colors of the rainbow. That's because white light is really a mixture of all these colors. Red, green, blue, yellow, and violet all hit the solution at the same time. However, most of the blues and reds get stuck in it, and only the green portion of the light is able to pass through the liquid or bounce back into your eyes. Hence, you perceive the solution to be green.

The light from the UV flashlight, however, contains no green whatsoever. Conversely, it doesn’t contain any red, either; it consists of barely-visible blue/violet and invisible ultraviolet light. So the solution should look, if anything, violet—why does it look red instead? As it turns out, the light from the flashlight is absorbed by the chlorophyll, but it's not lost. In fact, the ultraviolet light causes tiny changes in the chlorophyll molecules, causing them to get "excited." They immediately change back, however, and in doing so, they release some light back. And this light happens to be red

Chlorophyll isn’t the only plant-based substance that behaves in such a manner. Curcumin, for instance, is also soluble in triethyl citrate and has a beautiful yellow-green glow to it!