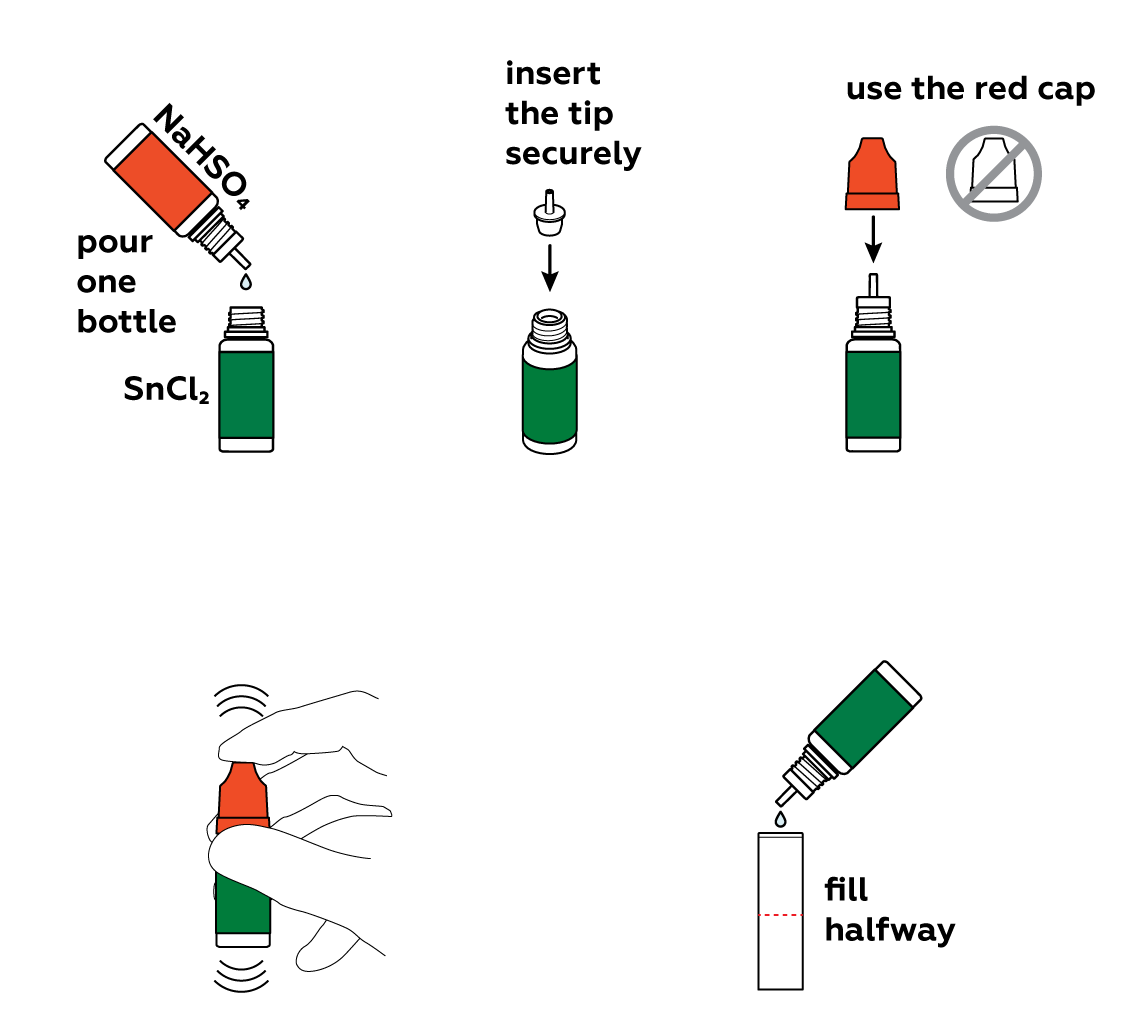 Now submerge a piece of a more active metal, zinc Zn, in the tin salt solution and see what happens.