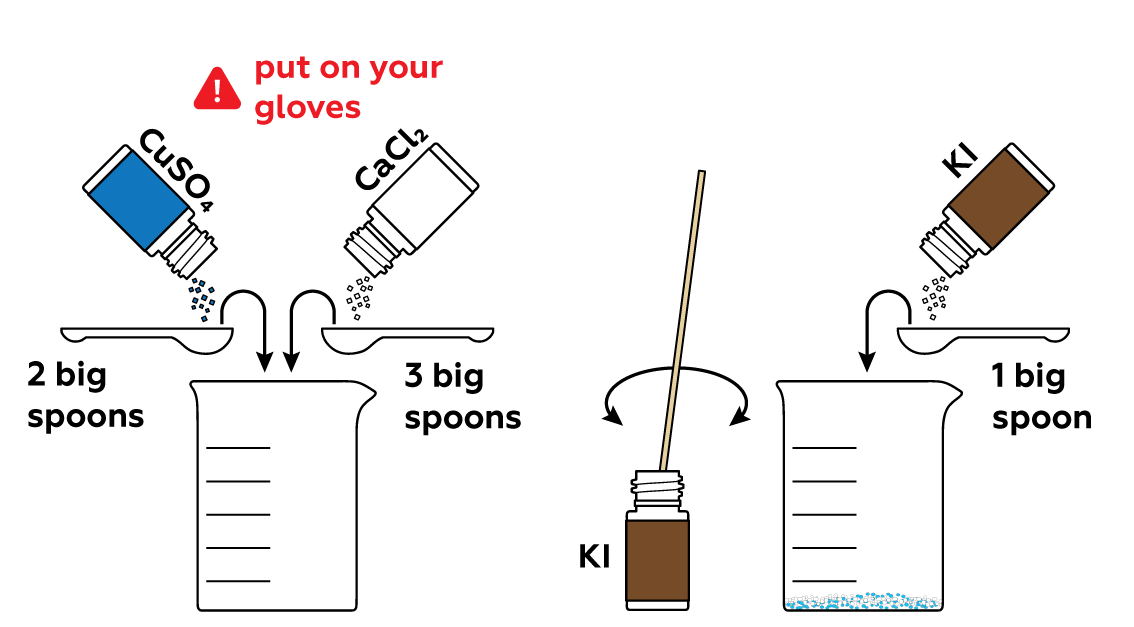 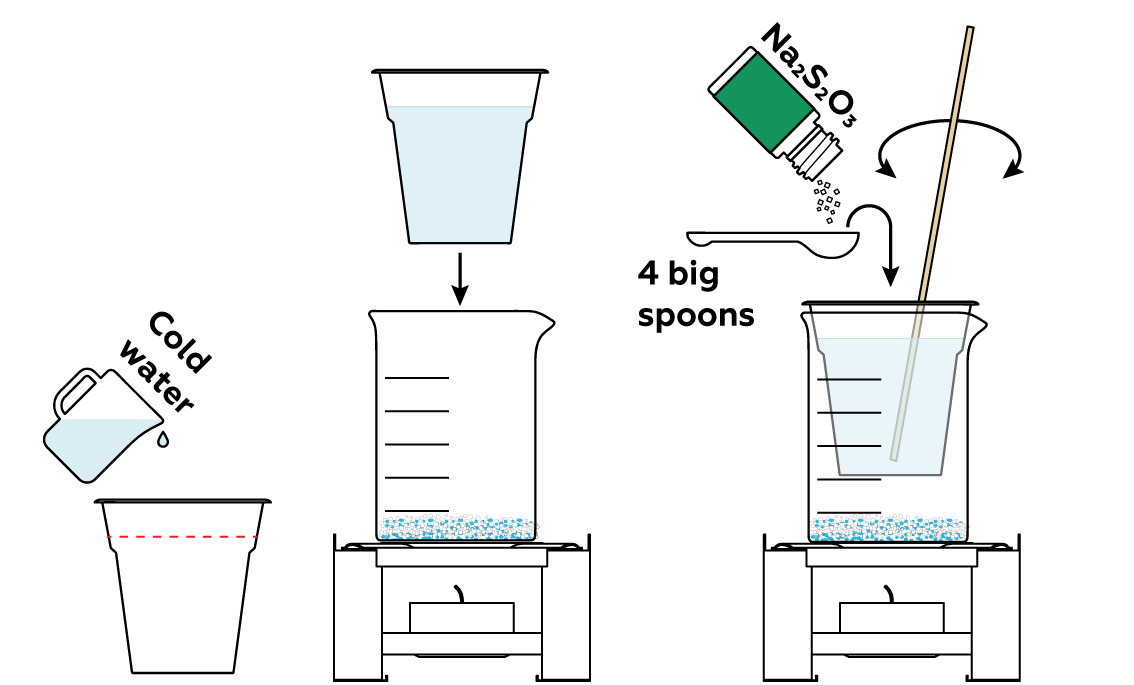 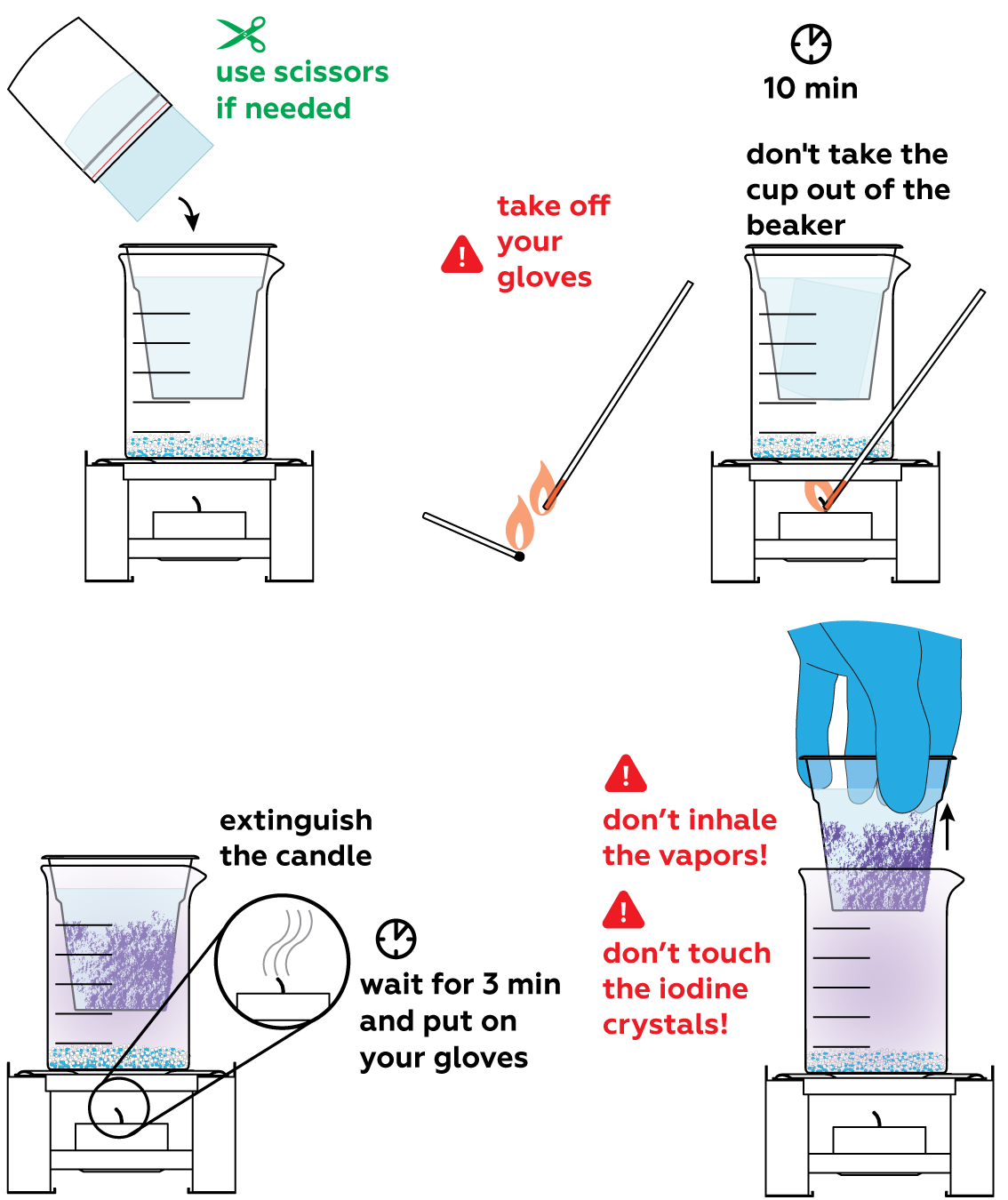 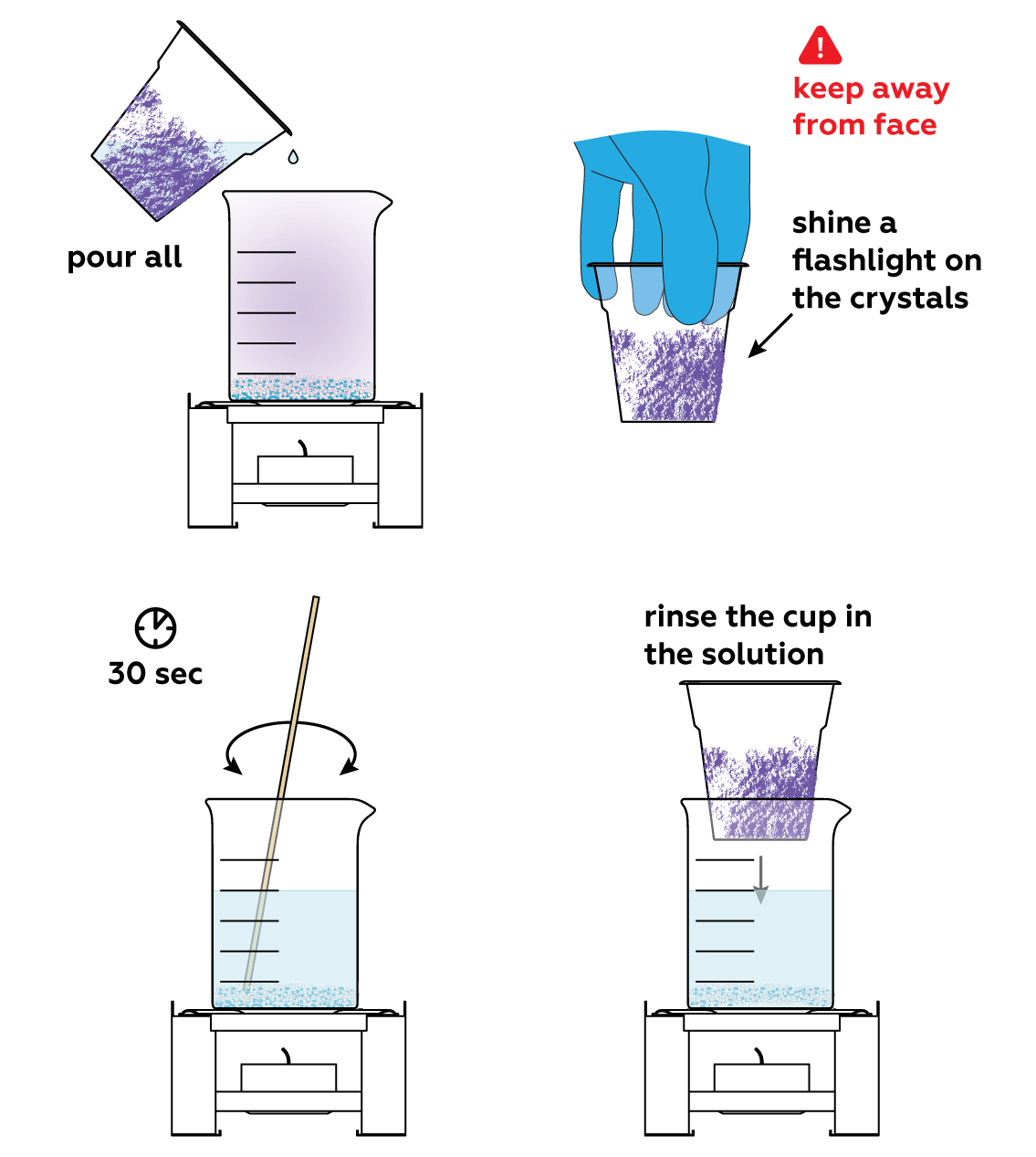 with two electrons missing. Cu2+ can take an electron from I−, turning it into I{0}

Don’t forget that we also have potassium K+ and sulfate SO42\- ions! They don't change during the reaction, so we can just add them to both sides of the equation in equal quantities. This introduces the formulas KI and CuSO4 on the left. Now the whole equation of the chemical reaction looks like this: