I don’t see any spots on the iodine paper. What’s wrong?

The experiment can fail if the fruits and vegetables were poorly pressed to the paper or there was too much iodine on the paper. It is very important to only apply one layer of iodine solution! Moreover, it’s possible the produce wasn’t actually resting on the iodine paper. Try asking a parent or supervising adult to help you cut your fruits as flat as possible.

Can I eat the fruit and vegetable slices after the experiment?

No! Even though the slices you used in the experiment might still look edible, they have been in contact with chemical reagents. Dispose of them with household garbage or compost.

I conducted the experiment with different fruits and vegetables. Now the paper is covered with various light spots. What does this mean?

It means that you got a successful result! These spots appear when iodine turns into colorless iodide ions. This process happens due to the reducing agents (particularly ascorbic acid) in the fruits and vegetables you applied to the paper. The less iodine staining you see on the paper under a fruit slice, the more ascorbic acid and other reducing agents are present in the slice. 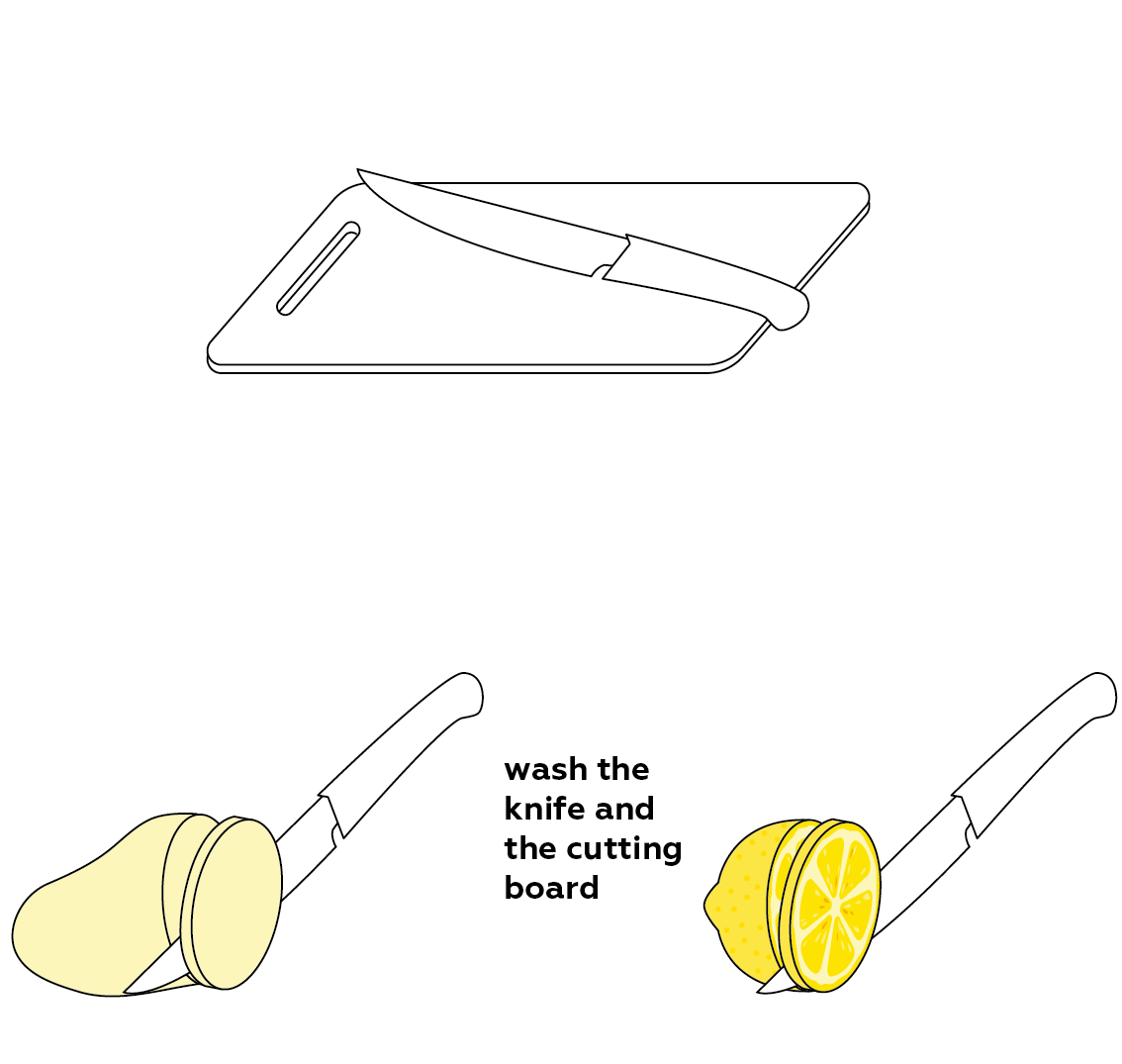 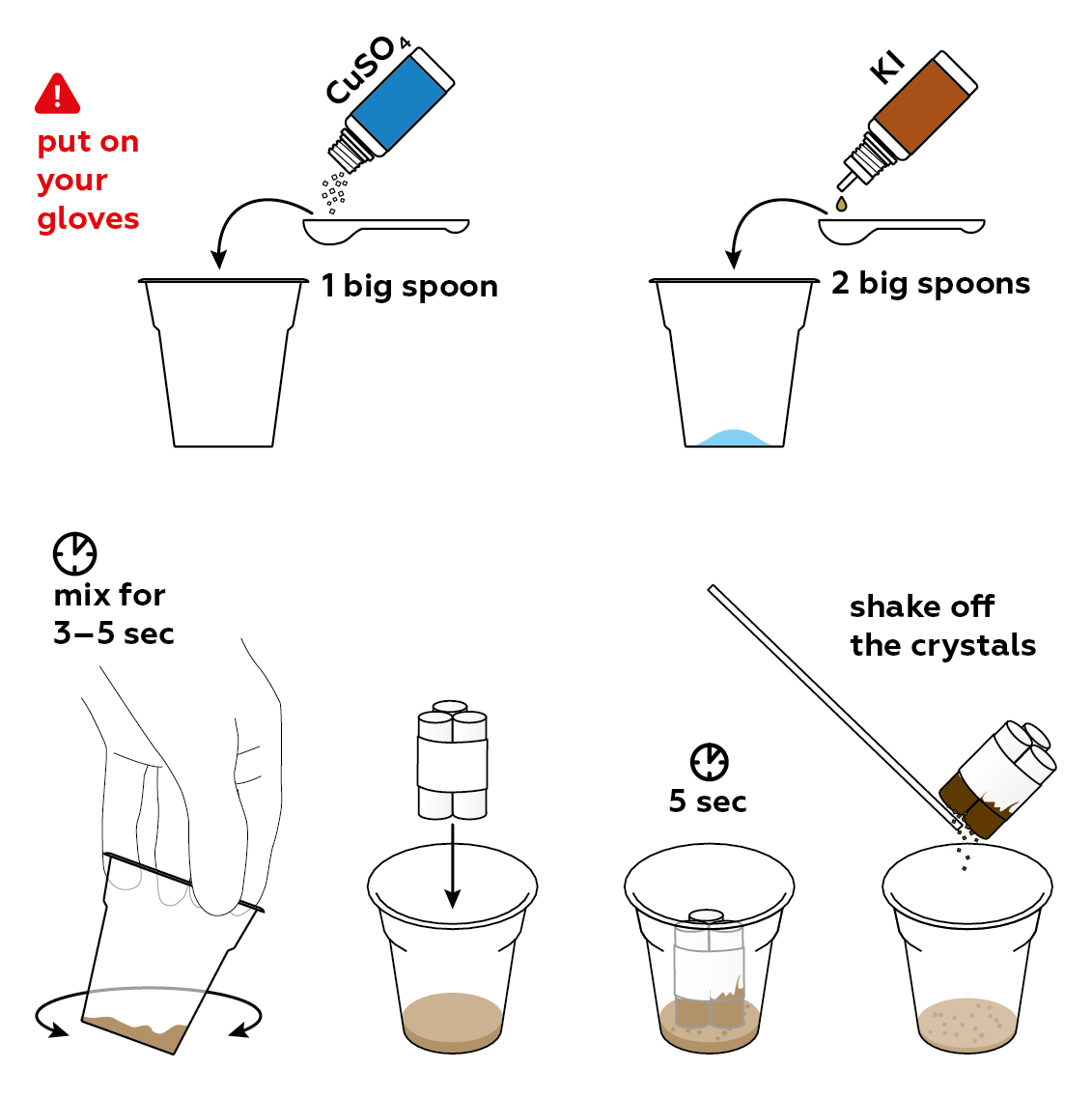 Apply one layer of iodine I2 solution to a sheet of paper. 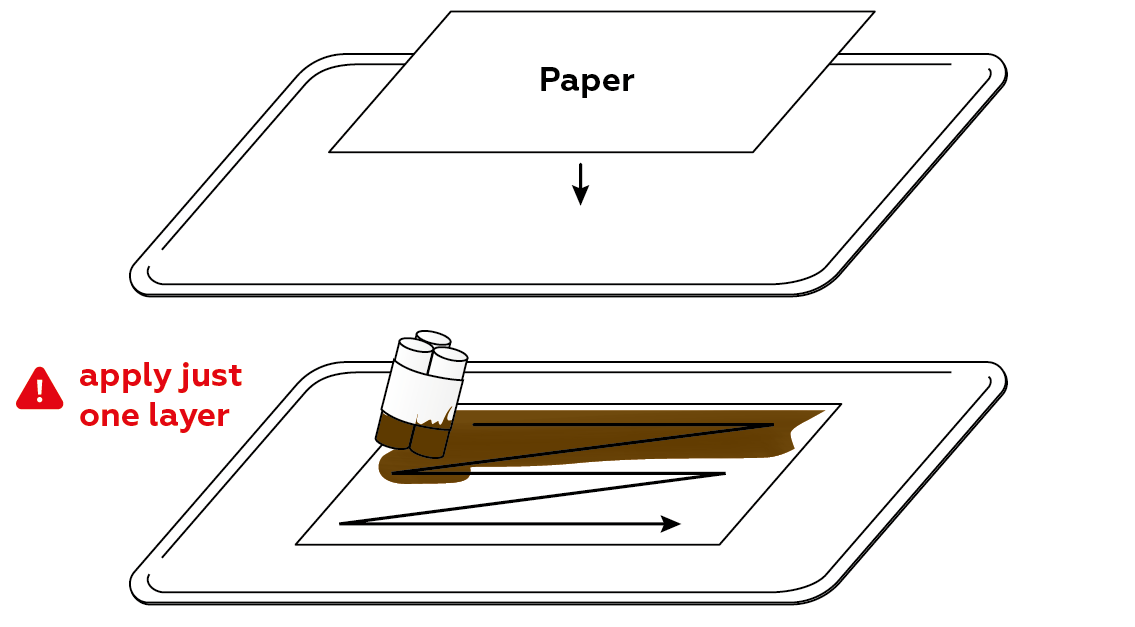 Put the slices on the paper. 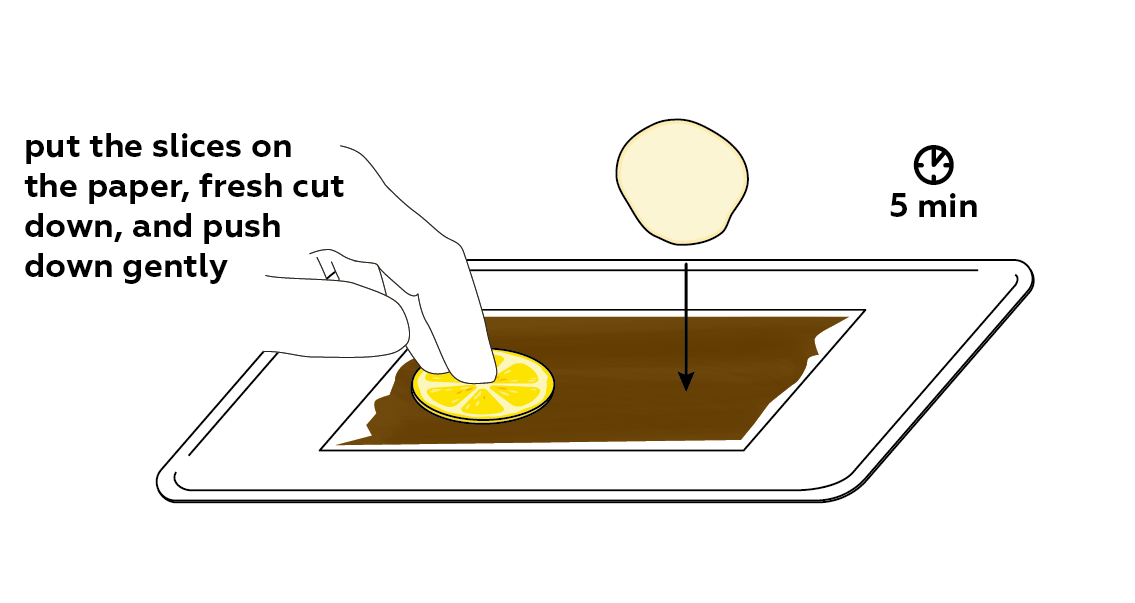 Compare what happened with the iodine beneath your slices. 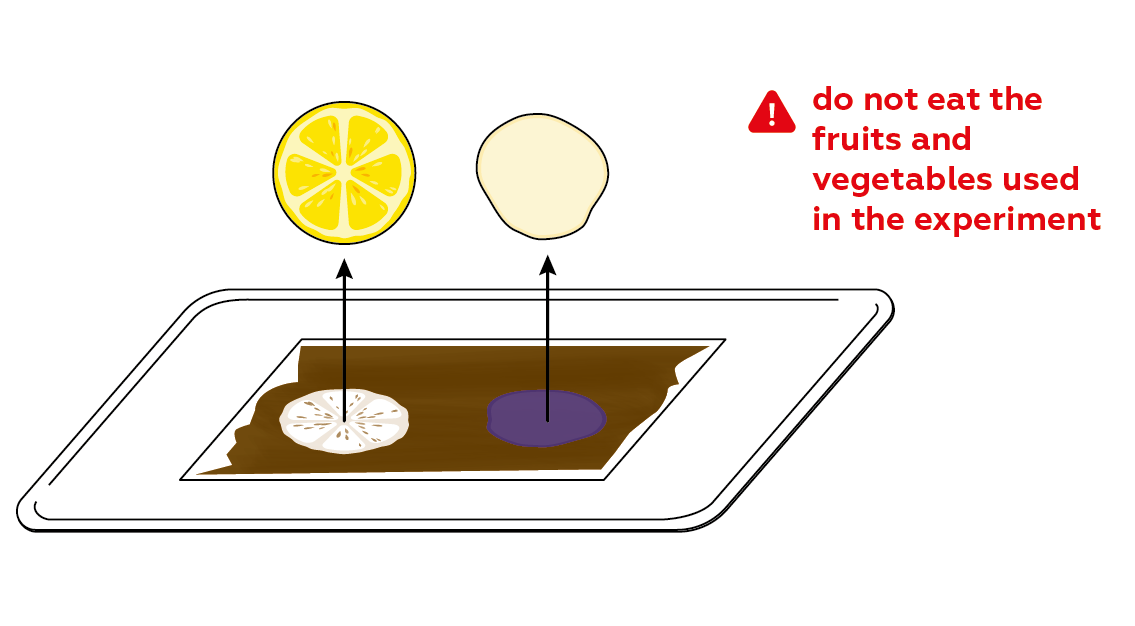 What is ascorbic acid and why do we need it?

Did you know that oxygen is actually pretty toxic? It even killed almost all life on Earth some 2.5 billion years ago, in the course of what is sometimes called "The Great Oxygenation Event". That's because oxygen is a strong oxidant, meaning that it is really keen to take electrons from other compounds. This can be a good thing, as it allows many organisms, including ours, to obtain energy from the oxidation of organic compounds. On the other hand, living things are made of organic compounds that can be ruined by oxidation.

To mitigate this problem, some organisms devised special molecules that are oxidized way easier than most, and hence "take the heat" of the aggressive oxidizing agents like oxygen. Ascorbic acid in plants is one such compound.

To demonstrate that ascorbic acid is indeed good at dealing with oxidants, we use iodine I2

, which is also a decent oxidant, but, unlike oxygen, has a rich brown color. When it takes electrons

, it turns into iodide ions I-

(iodine atoms with extra electrons), which are colorless. The more ascorbic acid a fruit or a vegetable contains, the more iodine it can turn into iodide ions and the less brown iodine will be left on the paper.

Ascorbic acid, also known as vitamin C, has other important functions besides being an antioxidant. For instance, vitamin C plays a crucial role in the functioning of some enzymes in our bodies. The human body can't produce vitamin C on its own; it must get it from food.

When food is lacking this molecule, the body can contract a particularly nasty disease called scurvy, which has all sorts of unpleasant symptoms like weakness and tooth loss. Before we discovered vitamin C’s ability to prevent this disease in the 20th century, people who had no access to fruits or vegetables, like sailors, got scurvy all the time. Next time you see an image of a pirate's toothless grin, remember, chances are he didn't lose his teeth in a fight, but rather didn't eat enough vegetables!

How do we obtain iodine in this experiment?

Iodine forms when copper sulfate CuSO4 meets the solution of potassium iodide KI. This leads to the following reaction:

This is iodine, which makes the solution brownish.

Try out and compare various fruits and vegetables! You can likely expect the most interesting results from red bell peppers, lemons, kiwis, and bananas. We also recommend trying tangerines, grapes, and apples.