Capture a mystical sulfur fog in a Petri dish!

I put the sticker on the inside of the Petri dish. Is that bad?

When I added the sodium hydrogen sulfate to the Petri dish, bubbles formed that burst loudly. Is everything okay?

Yes, everything is alright. During the reaction, sulfur dioxide gas is released in the form of bubbles – its slight odor can be felt during the experiment. The bubbles pop so noticeably because they burst in a thin layer of liquid, which makes it much louder.

What if the two moons appeared at the same time?

You can try preparing the concentrated solution first. And if you are a very curious scientist, you can prepare the solutions separately and time how long it takes the sulfur fog to form in each of them!

To get a better look at the reaction, you’ll need two Petri dishes against a black background. 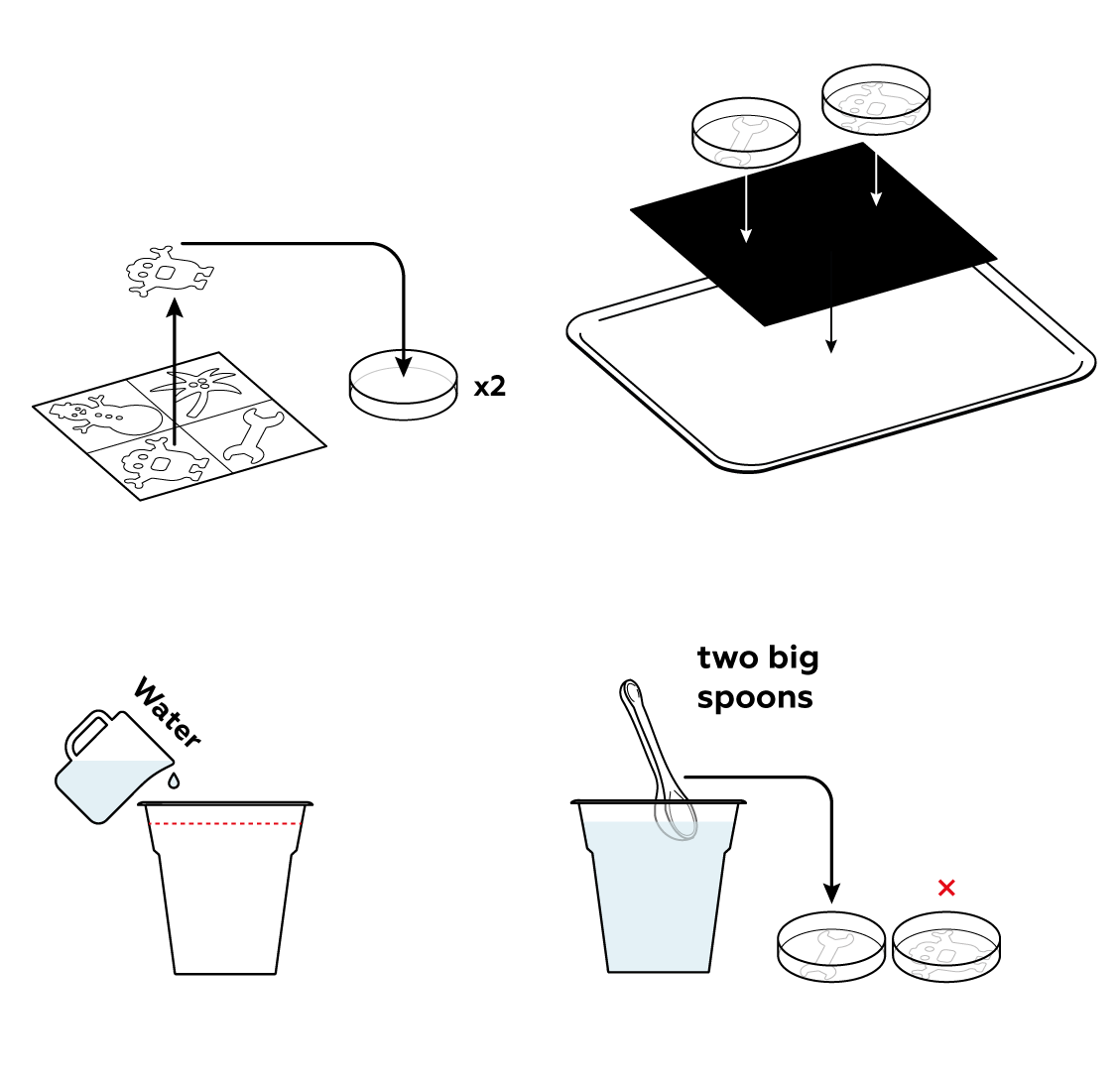 The first ingredient is NaHSO4. The part you're interested in is the "H" in the middle: it stands for an H+ ion.

The second ingredient is Na2S2O3. Here, the important part is "S2O3". It stands for an S2O32- ion. The only difference between the dishes is the amount of Na2S2O3 you add.

The precipitate is formed at different speeds in different Petri dishes

In a nutshell, two H+ ions

and rip away one of its oxygens O and two electrons "2-", forming water H2O

. The remaining part ultimately breaks down into SO2 molecules

, which you can observe as tiny bubbles, and pure sulfur S

, which is the whitish-yellow precipitate.

As you can see, the reaction happens in both dishes, but a lot faster in the dish with more Na2S2O3. That's because the more S2O32-

ions there are, the more often they run into H+ ions

But can you speed the reaction up without overcrowding the solution with reagents? Think about it. Instead of making S2O32- ions

more abundant, you can make all the particles run around faster! That’s actually easier than it might seem, because it's just a fancy way of saying "heat the solution up." You can try it for yourself: repeat the experiment, but instead of adding more Na2S2O3 to one dish, use hot water to prepare the solutions.