And yet it moves!

This experiment is included into Electric motor kit along with Electric generator and Electromagnet. Subscribe and get everything you need to do this experiment at home.

Imagine you are an engineer! Let’s build an installation for an electric motor. 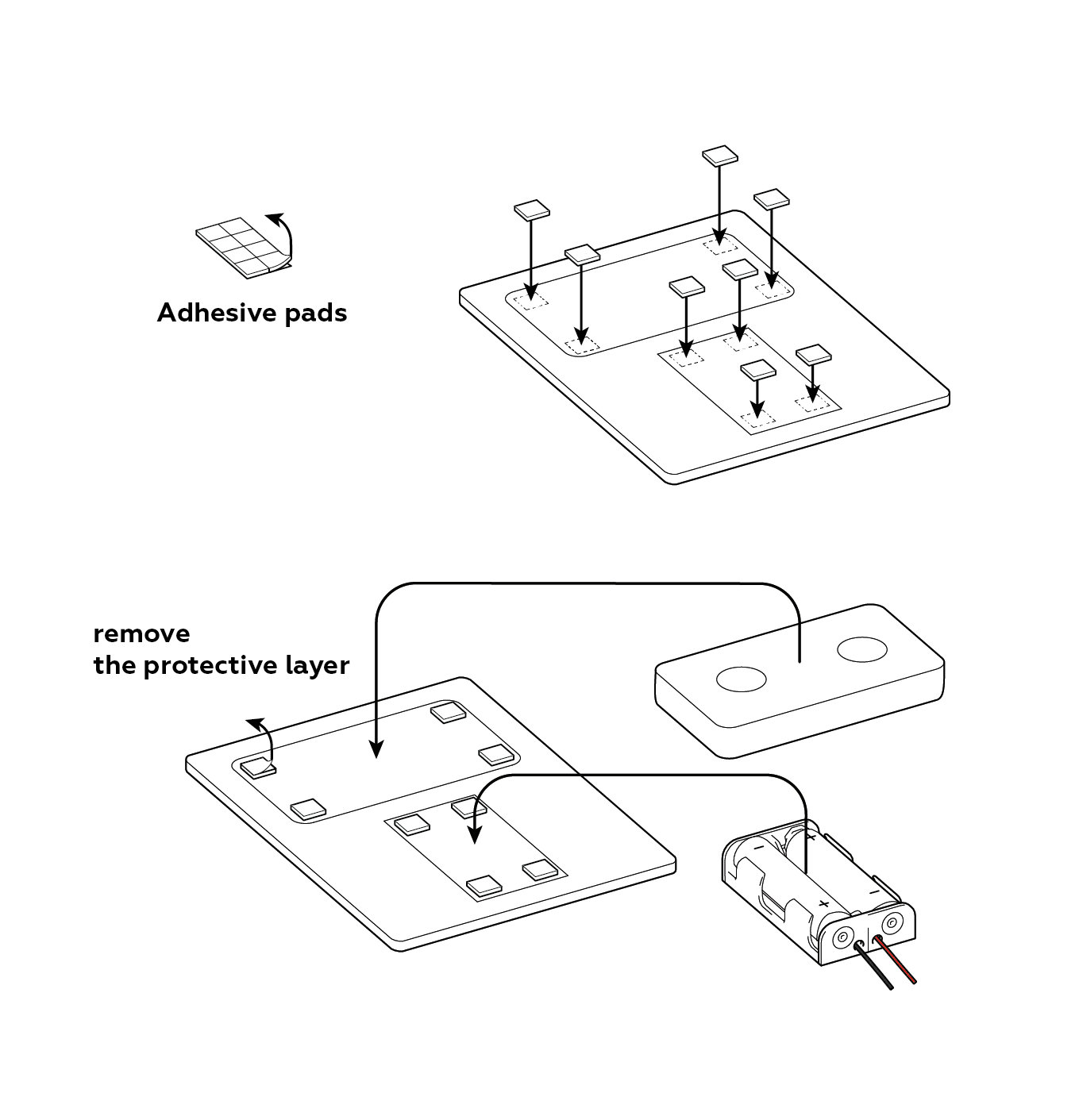 Now it's time to set up the stands your electric motor will be secured on. 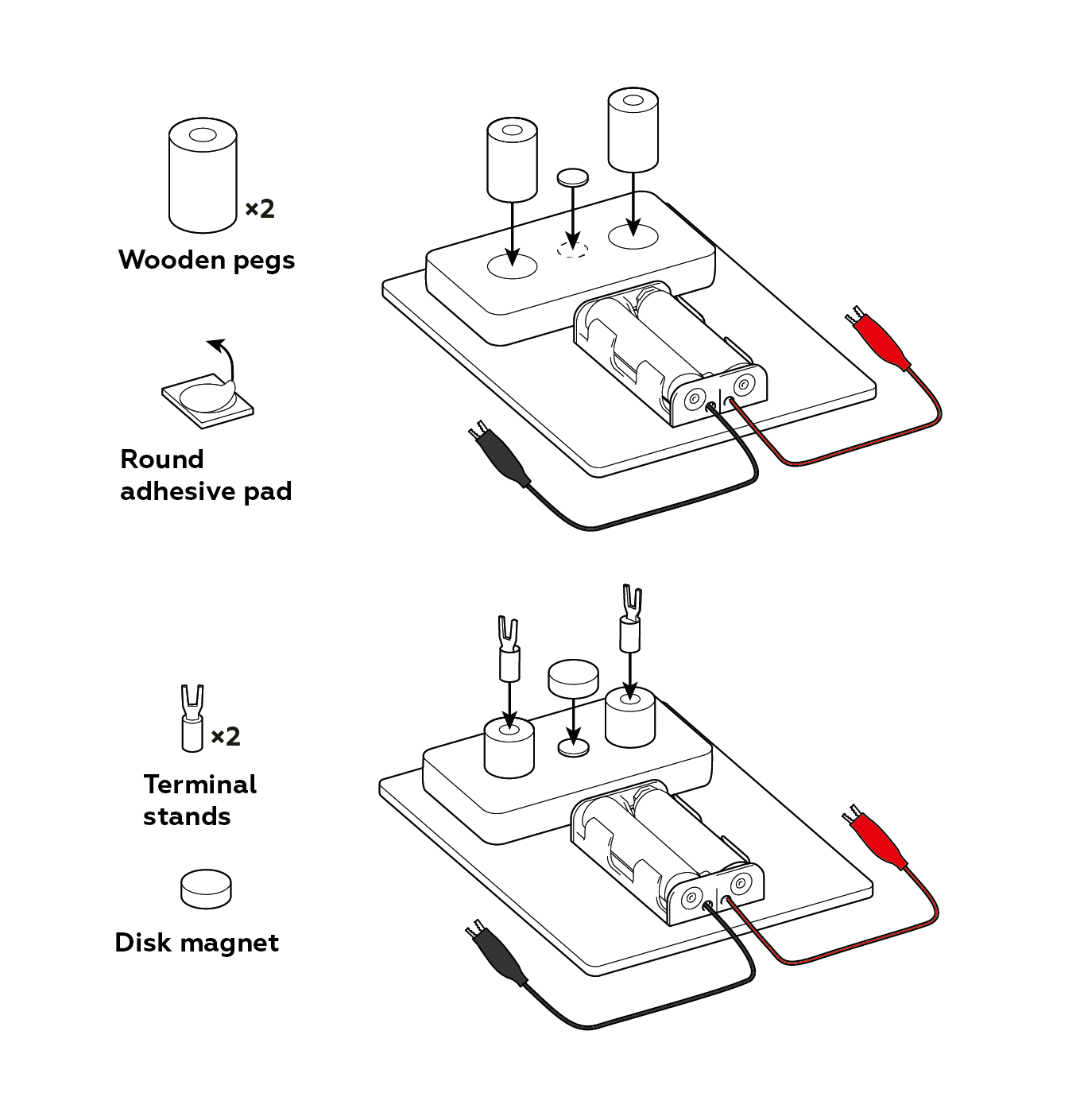 Carefully coil the wire for your future electric motor. 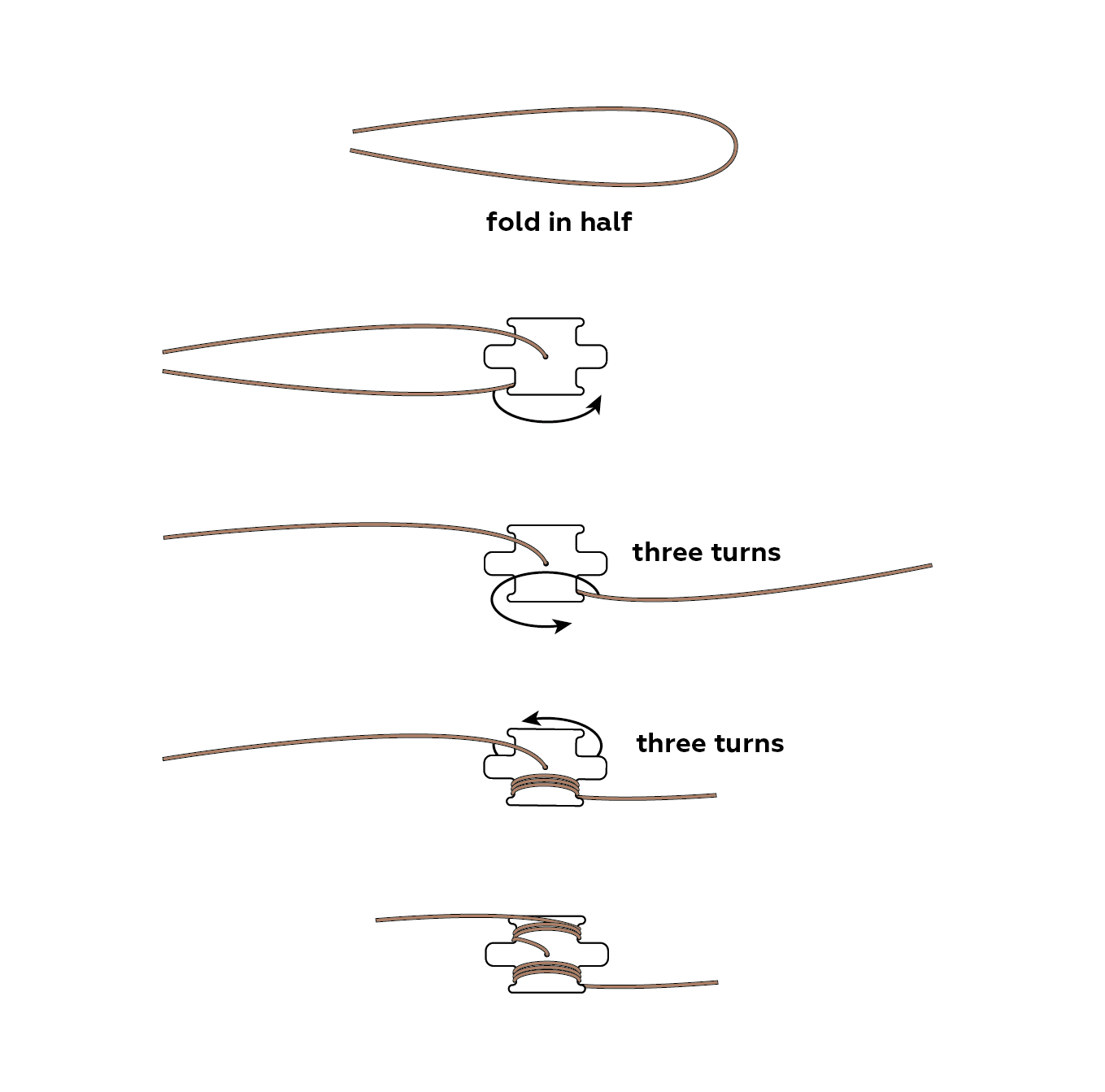 For current to flow through the electric motor, you have to remove the wire’s external non-conductive coating. However, in order for the motor to rotate, you need to clean only half of the wire’s surface on both ends. 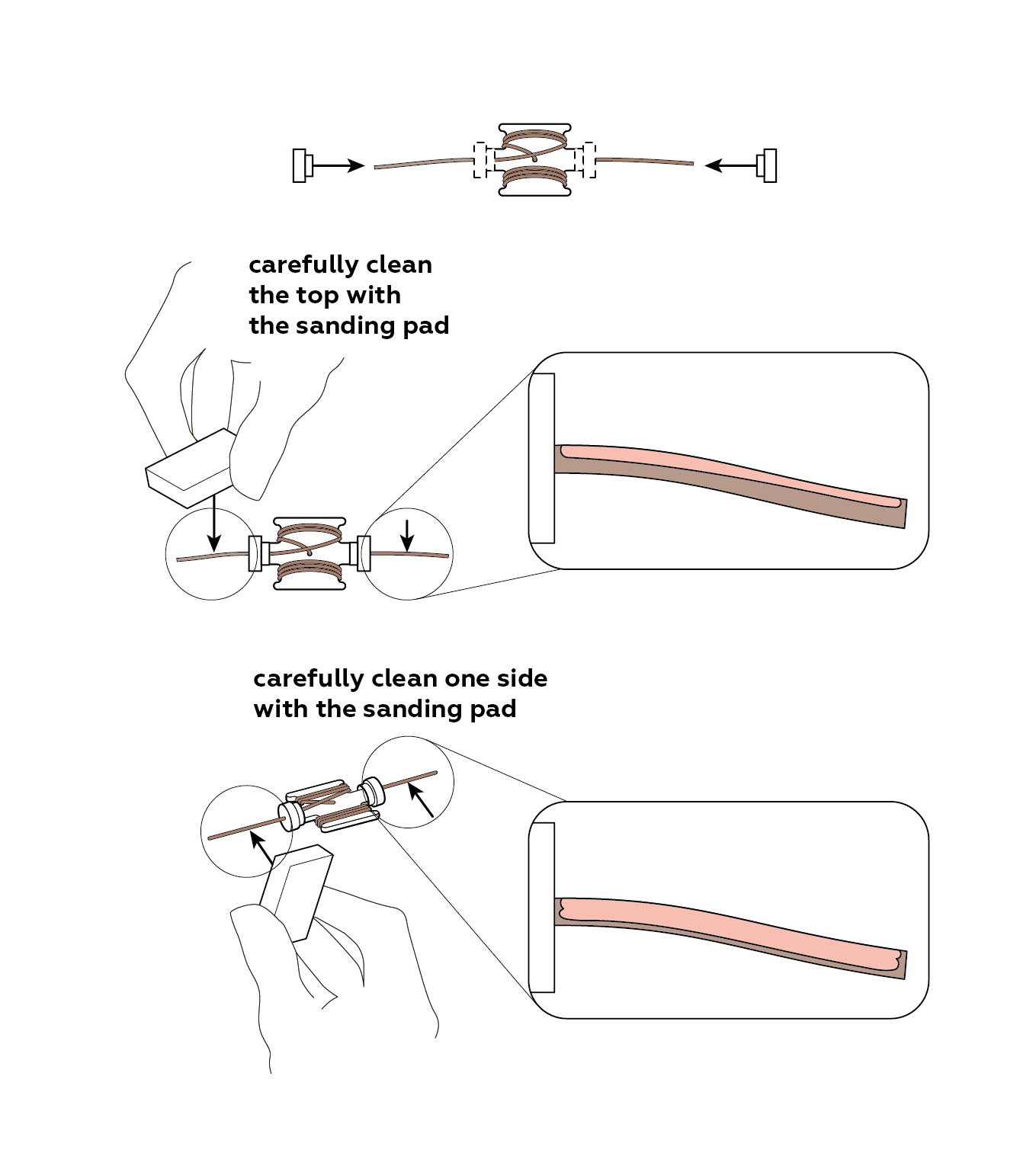 Let electric current run through the motor—install it on the wire clamps connected to the batteries! 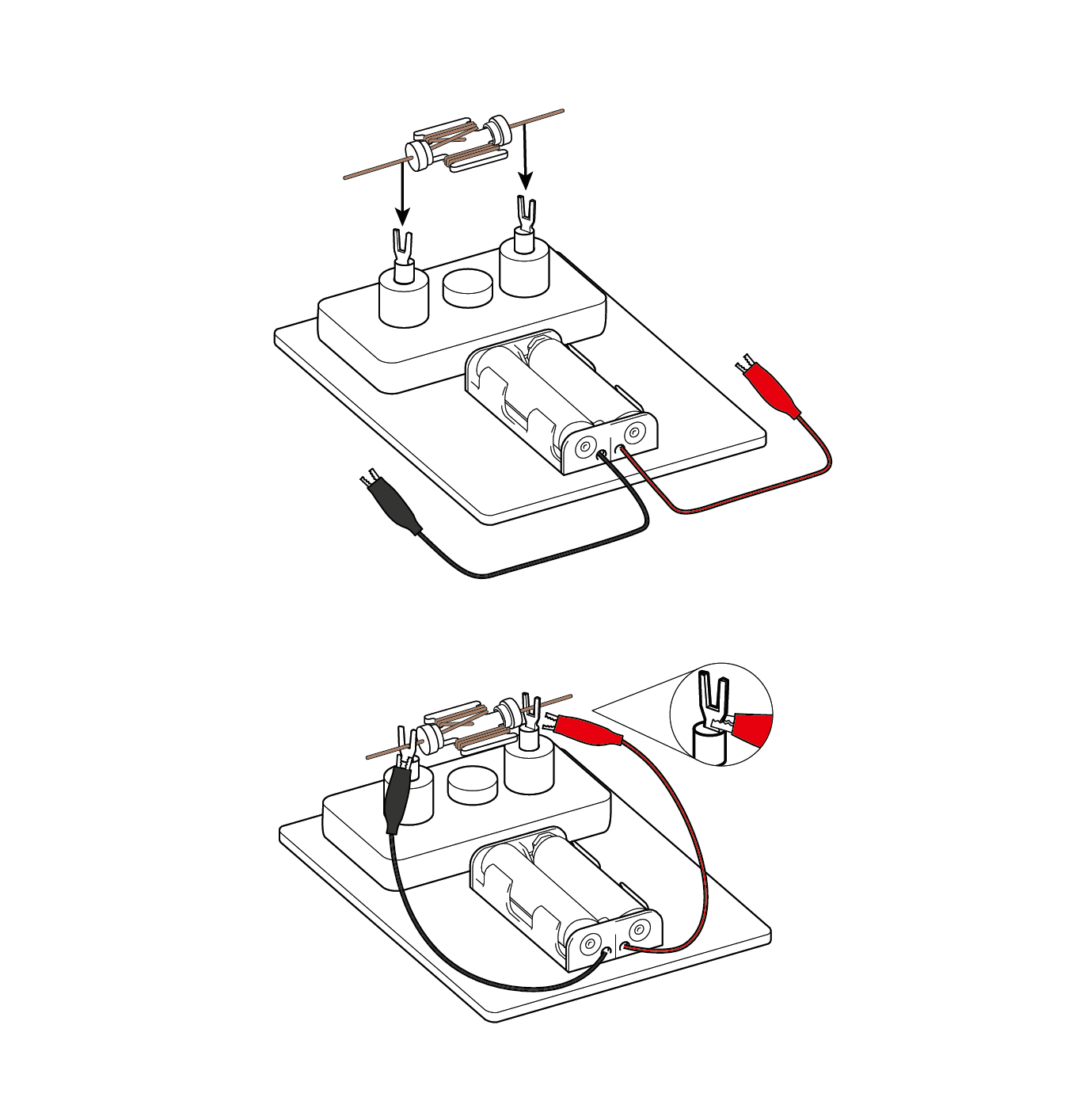 Give the motor a single push to make the cleaned parts of the wire touch the clamps. 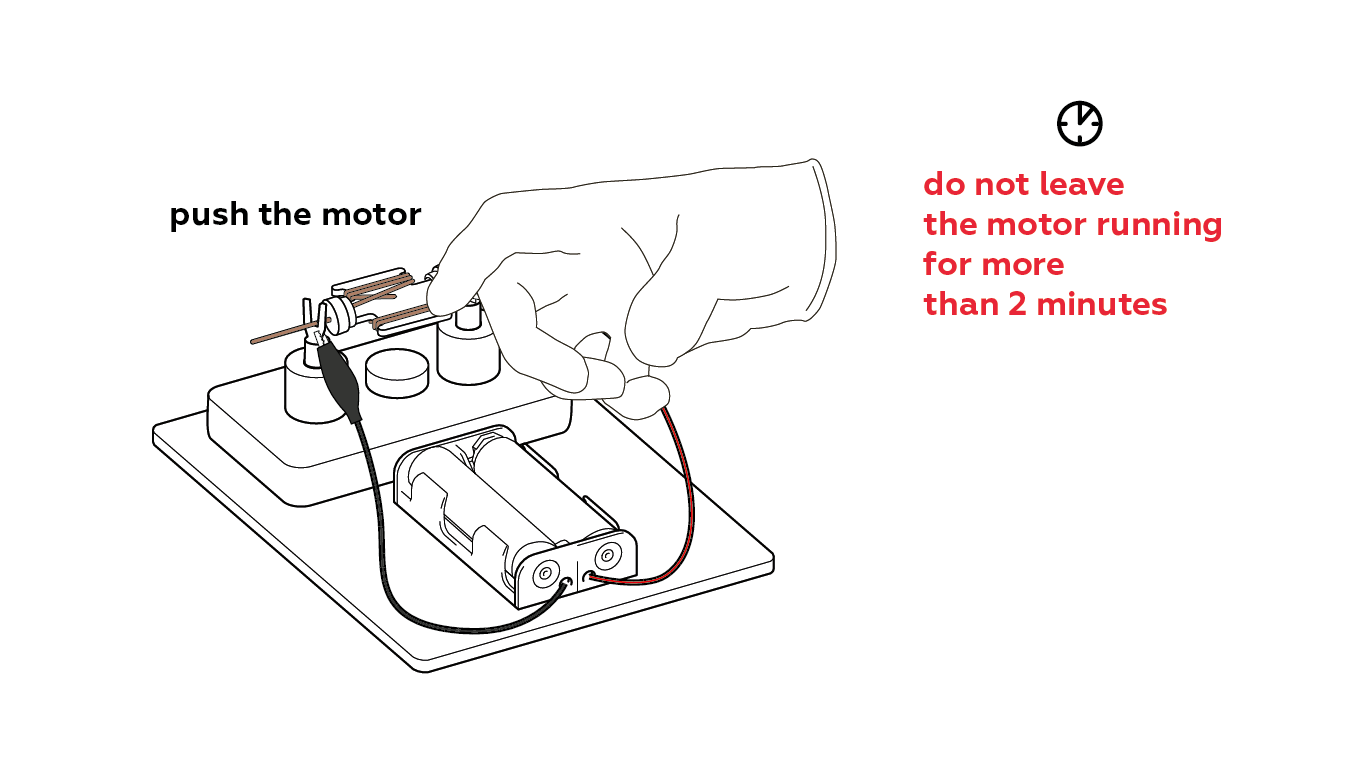 Refer to the video for detailed step-by-step instructions!

What exactly makes the motor spin? Wire with electric current

flowing through it creates a magnetic field, and therefore interacts with magnets. When such a wire is placed near a permanent magnet

and is thus inside its magnetic field, it is subjected to an external force called Lorentz force

Here, it is important to only half-clean the wire. This cuts off the flow of electric current in the circuit when the motor is in certain positions. The direction of the Lorentz force

acting on the current-carrying wire

depends on the direction of the current

In your configuration, when a clean part of the wire is touching the holder, electric current flows through the wire, and the Lorentz force pushes it to rotate. On the other half of a full turn, where the wire hasn’t been cleaned, the current is cut off, and the force disappears. At this phase, the motor keeps spinning without external influence. Then the cleaned part of the wire touches the holder again, and the Lorentz force reappears.

If the current were continuous, on the other half of a full turn the force would appear in the opposite direction, and it would not rotate.

The system works just like a merry-go-round: if you push it periodically, it keeps moving on its own between pushes, but without your force it will eventually stop.

A magnet affects the motion of electrons, but not just electrons! Other particles—such as protons and ions—also react to magnetic fields. They are called electrically charged particles. How do they react, and why does it matter?

Billions of charged particles (protons, electrons, ions) are flying from outer space towards Earth at high speeds. Take, for instance, solar wind—a stream of charged particles (primarily electrons and protons) originating from the Sun. This wind is dangerous for human beings. Fortunately, it cannot reach us at full strength because the Earth’s magnetic field changes the direction of movement of these charged particles. Some scientists presume that without a magnetic field, the solar wind would have easily “blown away” our planet’s atmosphere.