Explore the complexity of fluid movement!

Use the protective underlay and safety gloves to keep your hands and desktop clean.

Prepare three liquid media with varying thicknesses: water, glycerin, and a combination of the two. 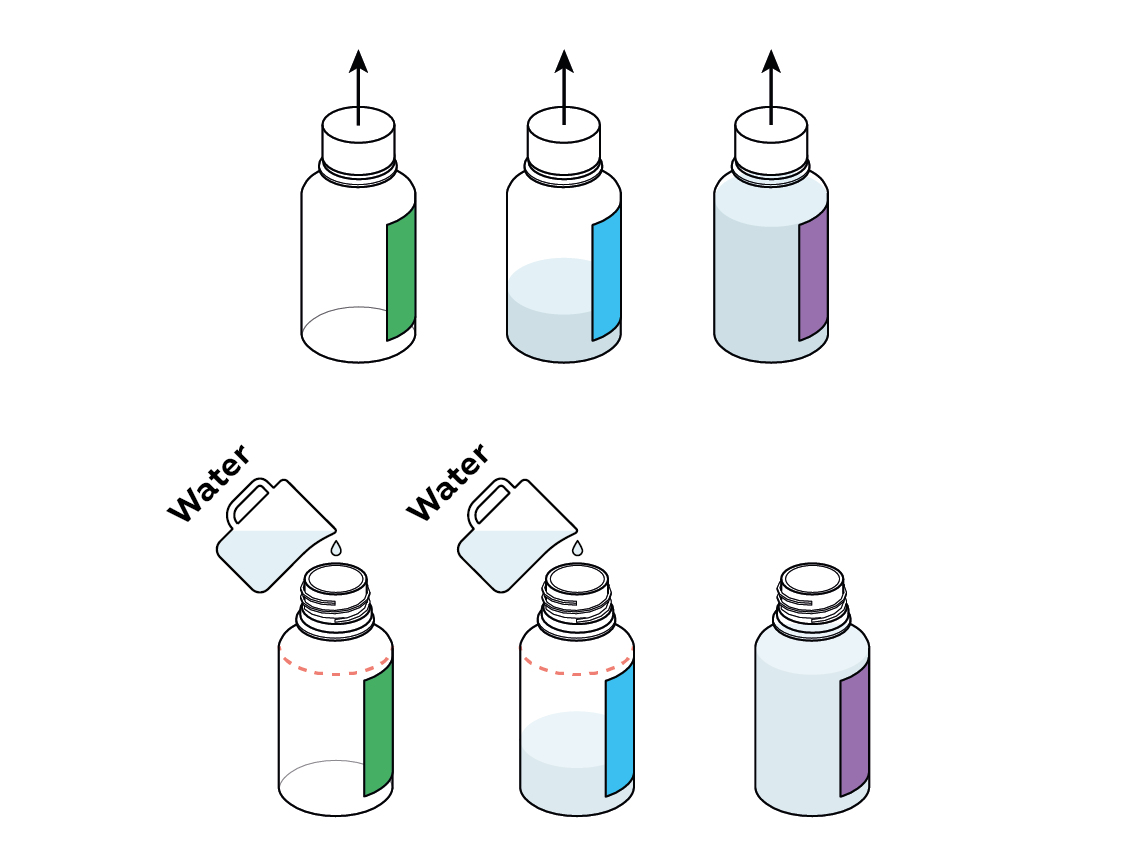 Unlike in solids, molecules of liquids can move around freely. Their movement separates into distinct flows, and each flow can move at its own speed. Adding a powdered pearlescent pigment—metallic coloring—lets you see these flows! 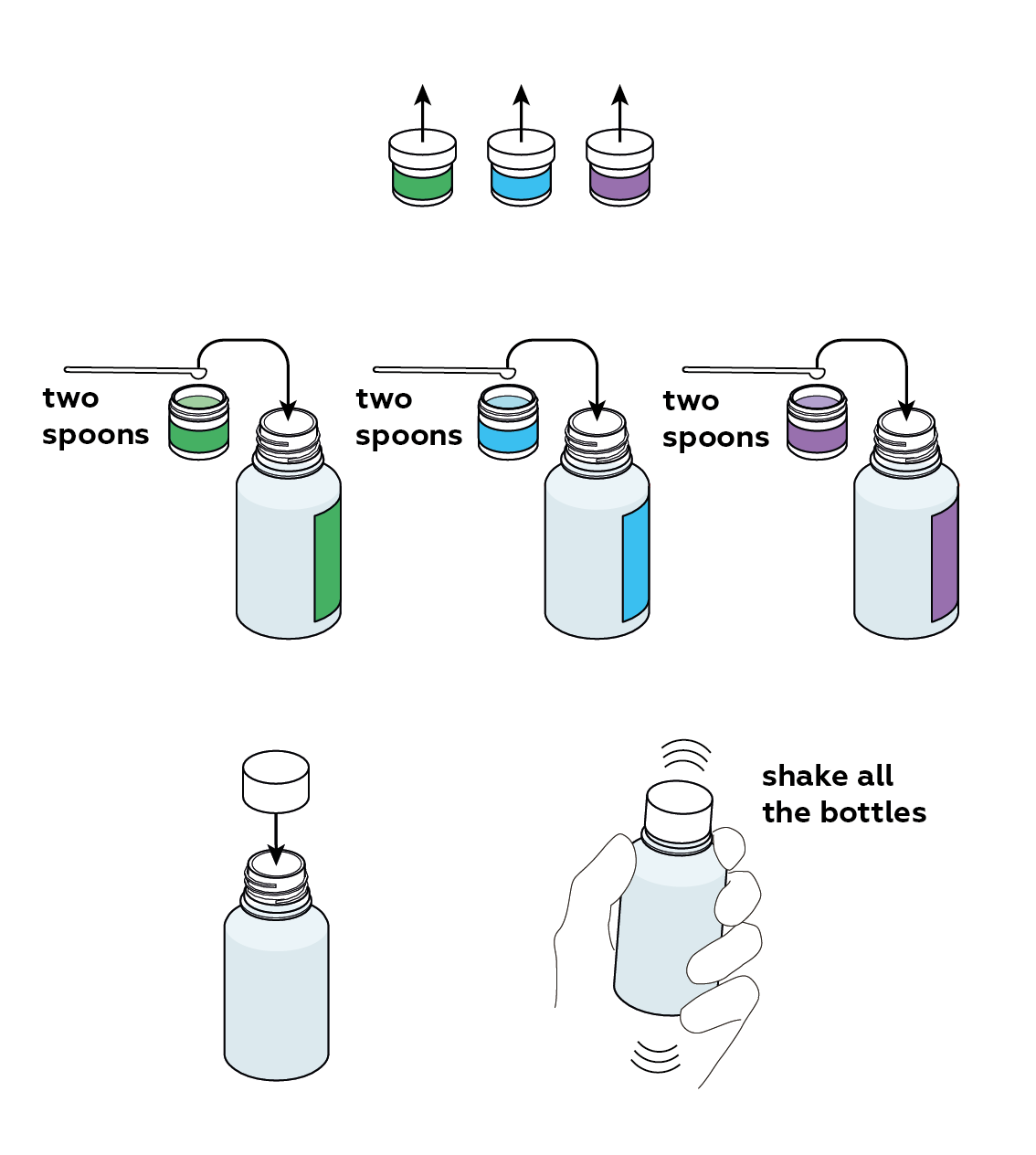 Swirl the bottles rapidly to create a whirlpool. The thicker glycerin will move much more slowly than the thinner water. 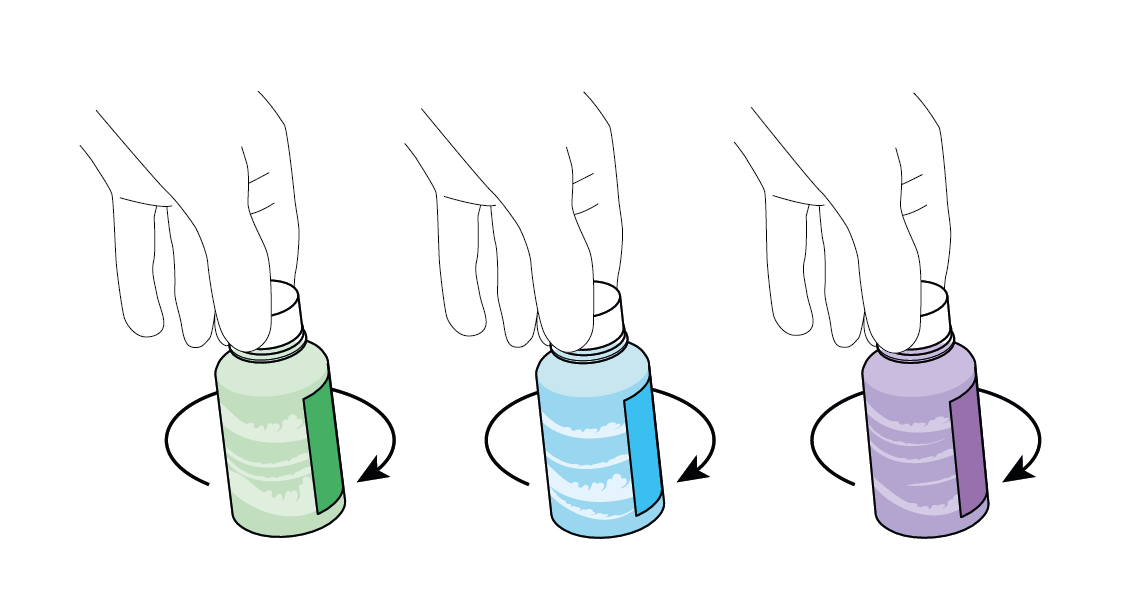 Pour the liquids into Petri dishes to observe the flow dynamics more closely. The thinner the liquid and the faster the rod moves, the more swirls in the liquid, and vice versa. 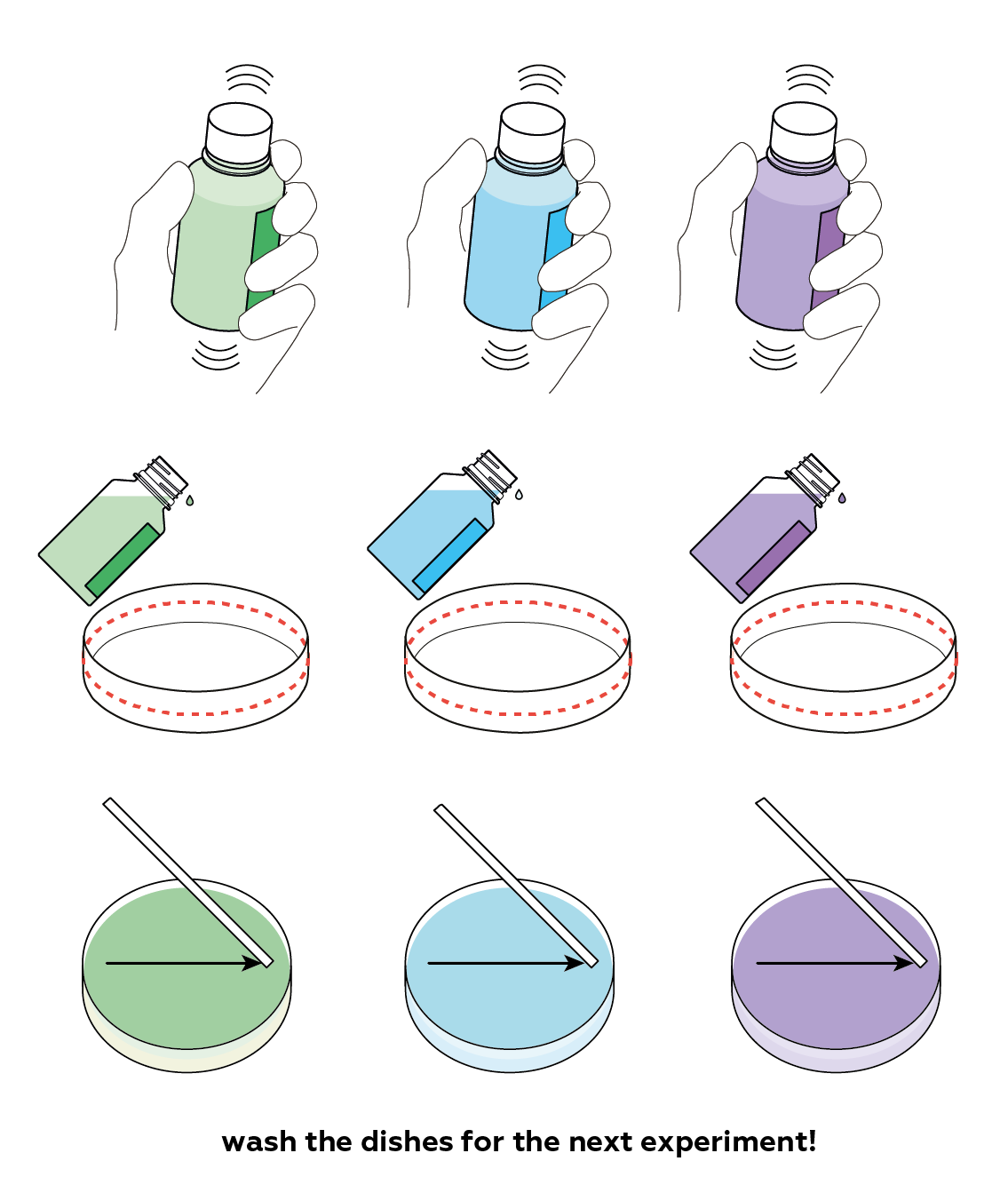 Often, when a liquid moves, it separates into distinct flows with specific velocities. Adding a metallic coloring can help us observe these flows. If left alone, the liquid will eventually stop moving due to the force of friction, which appears not only between the bottle and the liquid, but also between the flows themselves.

The property of the liquid responsible for the friction is called viscosity. Roughly speaking, viscosity is how thick a liquid is. For instance, honey

and shower gel have a greater viscosity than water

. The higher a liquid’s viscosity, the sooner its motion will stop. That’s why a watery whirlpool will continue spinning without help for a long time, while motion in glycerol dies out rapidly.

A body moving in liquid creates what are known as flows

. There are two types of flows: one has swirls

(so-called turbulent flow), while in the other, the liquid motion breaks into streams that don’t mix

Both the velocity of the moving body and the viscosity of the liquid determine the type of flow that appears. If the body is moving quickly, this increases the likelihood of turbulent flow

. However, the more viscous (thicker) the liquid, the less likely turbulent flow

is. This is why you don’t see turbulent flow

in glycerol at all, but you’ll see it in a mixture of glycerol and water if the rod is moving fast enough, and in water, you’ll see turbulent flow

at almost any speed.