Small particles of the reagent may stick to the walls of the cup. As long as almost all the anthocyanin has dissolved and colored the solution, this won’t make your result any less beautiful – feel free to continue the experiment!

Your kit contains two packets of liquid soap, so you should be able to perform this experiment twice. You can use your own liquid soap, but we can’t guarantee the result. It probably won’t be as impressive, but it depends on the kind of liquid soap you use.

What should I do with the foam after the experiment?

Prepare a solution of anthocyanin, a natural dye. 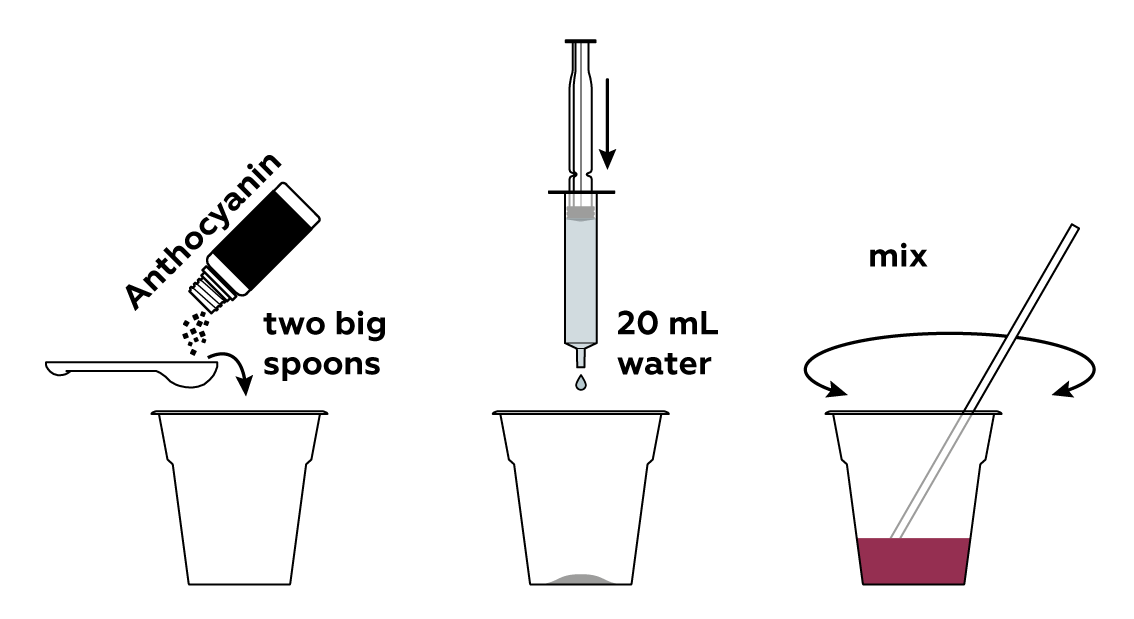 Prepare a dry reagent mixture, which will act as a source of carbon dioxide. 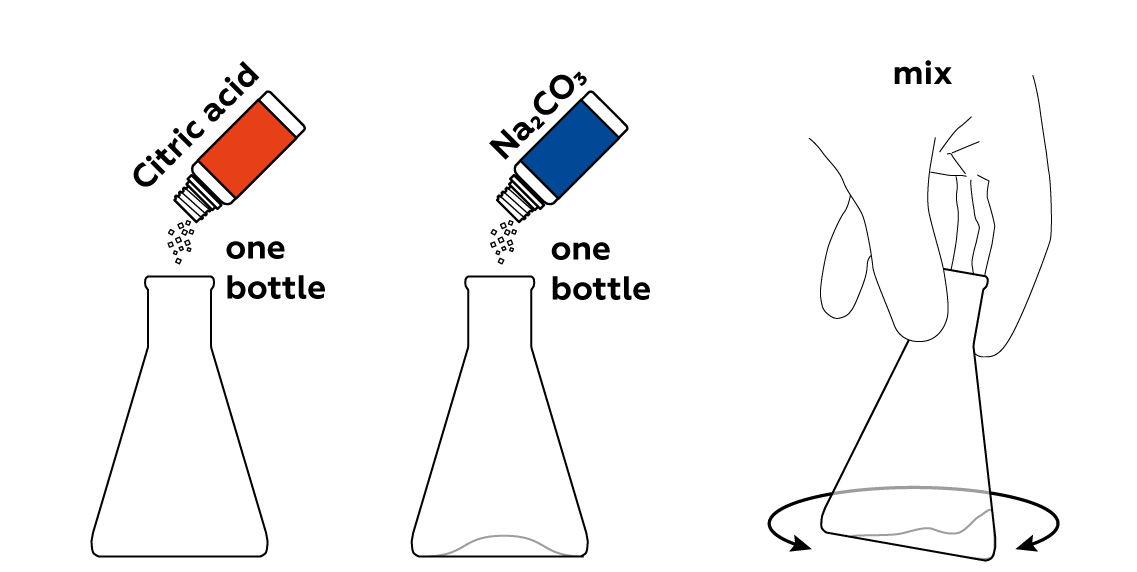 Add some liquid soap, which will later cause the mixture to foam. 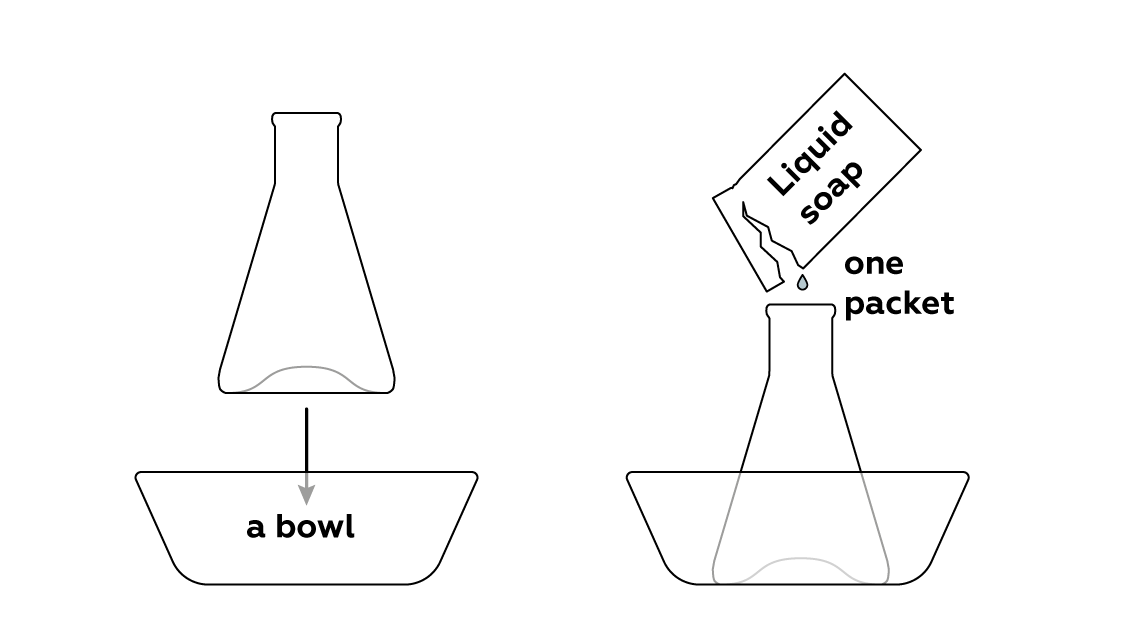 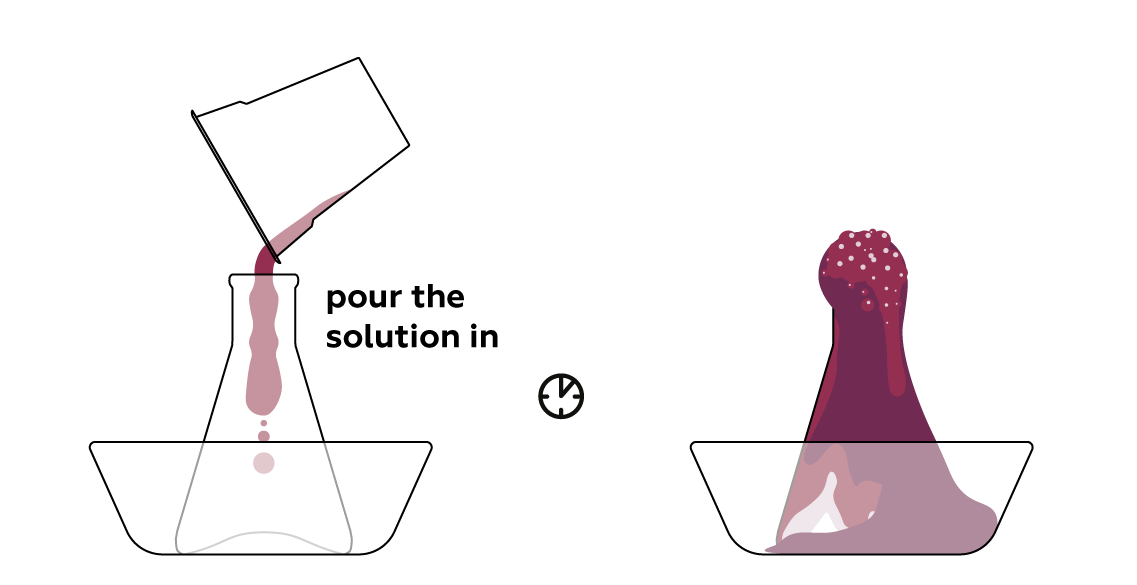